A Week In England [Part I]

I have mentioned it before, but now it’s time to write about it properly – I am talking about my trip to England of course.

I came back last Friday and was there for a full week which was really nice. I had a great time and I thought it would be nice to share everything with you. And because it’s a bit much to tell all in one post I’ve split it up and today’s part is about

My good friend Maria and I went on a little roadtrip around South West England for three days. She has blog herself, so make sure to check it out here.
I didn’t want to stay in London for my whole week in the UK, therefore I asked Maria, who is living in London, if she was up for a little bit of travelling with me over the weekend when she doesn’t have to work and luckily she said yes. We planned on going to Portsmouth and Bath and we quickly learned, that going by car would be the cheapest and most convenient option (seriously, rental cars in the UK are really good value).
So we got ourselves a car from a car rental at Heathrow Airport (after a slightly complicated journey to get there) and then we hit the road.
I have to make a quick remark about the driving itself: I was our driver for the weekend, I had never driven in left-hand traffic before and I was really nervous about it. But I (like to) think I did alright. At first it was horrible and I felt like the worst driver ever, but after a while I got better and on the last day I was nearly as relaxed whilst driving as I am in Germany and the good old right-hand traffic. However, back to our journey.

We arrived in our hotel in Portsmouth Friday night and went out to stroll around the town and get some food, which wasn’t easy as it was already half past nine and apparently nearly everything in the area we were closed at ten. So we got ourselves something to eat from a supermarket and sat on a bench at Southsea and it was really nice.
On Saturday it was time to explore the city by day, so we went to the town centre and past the Portsmouth Guildhall where we met the mayor. Well, not really, there was some kind of celebration and the mayor was present.
After watching on we went on to the Gunwharf Quays, that’s a shopping outlet which looks pretty impressive especially with the Spinnaker Tower reaching out into the sky providing a great look over Portsmouth’s harbour.
Speaking of the harbour – that’s where we went next to have a look around and have a peak at the Historic Dockyard.

We haven’t seen everything of Portsmouth in our short time there, nevertheless it presented itself as a very fine town with lots of old ships – if you’re into ships and the navy you should definitely go there.

On our way from Portsmouth to Bath (or should I say Calne, that’s where our hotel was) we decided to make a little detour to Stonehenge because why not? You are most probably aware of the mysterious ancient stone circle and as there’s so much fuzz about it, I just wanted to see it. Now I have. We didn’t want to pay the 14£ entrance fee, but it is actually possible to get quite near to the stones without doing it. We walked the path to the ticket-only area and just walked a bit around it and you get a pretty decent view of the collumns from there as well. They’re quite impressive standing there in the middle of nowhere surrounded by a beautiful landscape. And as the surroundings were so beautiful we spent over an hour walking around and enjoying the silence. 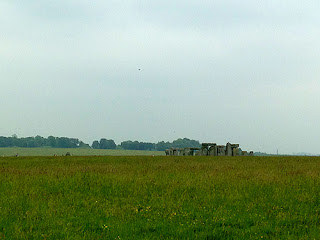 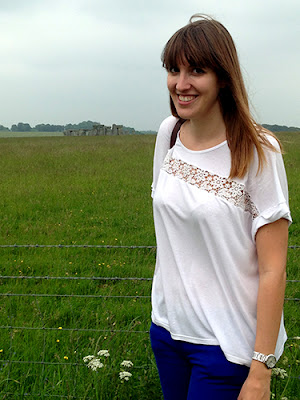 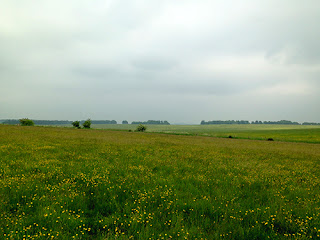 Afterwards we made our way to Calne and our hotel and then we drove to Bath to get a first impression as well as to get dinner. I ate my first ever Nando’s and it was super tasty.

After we already spent the evening there we made our way back the next morning. There are free guided walking tours through the city (Sunday to Monday at 10:30 am and 2 pm), so we took part in one of them and it was very good. Our guide, Anthony, was really nice and had a lot of stories to tell during our two hour walk. I would recommend the tours to everyone visiting Bath (click here for more information on the tours). You really get a good impression of the city, its history and the beauty of it. Bath really is a pretty town!

Following the tour we went into the Roman Baths. It’s 15£, but it’s kind of worth it. The old baths are impressive and the included audio guide tour is really good as they’re telling a lot of stories about the people in the Roman times and how everything was back then – it’s very good storytelling. There’s also a special tour for children which is really cute.
And then we already had to say goodbye to beautiful Bath because we had planned a few more stops on our way back to London.

This cute little village was on our way from the hotel in Clane to Bath and because it is looking gorgeous when driving through it, we just had to stop and it was worth it. Besides the name being very funny, Box has a lot more to give such as lovely little houses and a beautiful landscape with (slightly confusing) public footpaths around it. We had a great walk (and got ourselves an impressive sunburn). 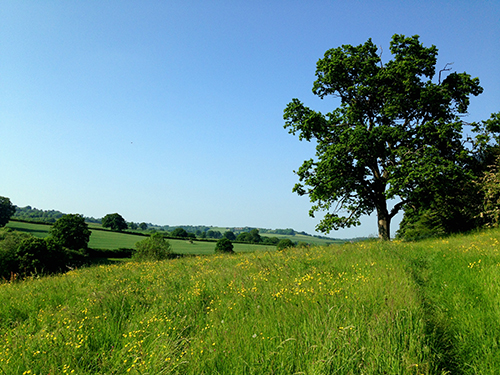 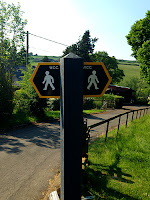 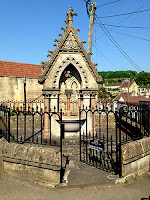 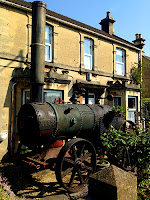 We had a spare hour on our way back and as Windsor is very near to the M4 and Heathrow we made our way there to get a quick look at the Queen’s house and it is very impressive, especially at dusk. Also, Windsor looks like a very charming town with loads of restaurants and parks, I might have to com back for more.

And that’s already it, we made our wa back to the car rental safe and sound (as did the car) and Maria went home and I made my way to my London hotel – to be continued…