Hello, hello! This week’s playlist is a fun one. Maybe I was in need of a bit of happiness, but not too much. I’m still a fan of slightly sad lyrics.

I think were all up for a bit of happiness after the world has lost some of the greatest artists over the past weeks. (I’m talking David Bowie and Alan Rickman here, for those who missed it, what seems nearly impossible, but you never know.)

Anyway, I’ve been searching for some special songs this week and I think I’ve found them: Another surprising comeback single, a song of an artist turning into a slightly different direction and an actor turned singer of which I didn’t know until last week. Oh, and that chart song I just can’t get out of my head.

Click here to listen to the full playlist whilst reading and don’t forget to follow the Songs of 2016 playlist on Spotify for all the picked songs of this year.

First up: The comeback single. Bad Habits is the first song released by The Last Shadow Puppets since 2008. Maybe because band member Alex Turner has been a bit busy with a band you might know called Arctic Monkeys. But just maybe 😉.

I’ve got to admit the first choice of this week is a bit of a weird one with silly sound effects. It’s groovy, fun and a bit weird. And it’s so much fun to listen to, seriously.

Something For Nothing – Rationale

This is another discovery thanks to Annie Mac’s Hottest Records on BBC Radio 1. Rationale’s new single is the first single of his debut album that will be released in summer. Its R6B sounds compared with electronic elements make Something for Nothing a beautiful distinct song.

“Everybody wants something for nothing // but nobody wants to love who you are”
The lyrics really got me, it’s simply the truth and the music’s great! What would you want more?

Keeping Your Head Up – Birdy

19-year-old birdy has a new album coming up and a new, more grown-up sound. Keeping Your Head Up is the first single from the album Beautiful Lies which will be out on 25th of March.

The song sounds like Birdy is taking the “new year new me” thing rather seriously. It’s more upbeat and a lot less depressive than what we’re used of Birdy. But her voice is still as beautiful! So listen to it and “Let go of all your haunted dreams tonight!”.

All My Friends – SNAKEHIPS feat. Tinashe & Chance The Rapper

This is the chart earworm I’ve promised you. All My Friends by British producer duo Snakehips has been climbing up the charts all over the world in the past week and I reckon it will climb further.

Combining pop beats with R&B sounds they have created a catchy, melancholic but still upbeat song that you just can’t get out of your head.

And from the chart hit to the actor who’s apparently a singer as well. Laurence Fox. I only found out last week when googling him whilst watching Lewis. I also found out that he’s married to Billie Piper – how did I not know that? Anyway, I found out that he’s making music and I just had to listen. And astonishingly I liked what I heard and so Headlong made this week’s list.

The song is the debut single of Fox’s upcoming debut album Holding Patterns that will be out on February 5th. With its hypnotic melody, the deep, raucous vocals and intelligent songwriting, Headlong is a great choice for a first single and I am excited about the album.

The Sound is another single from The 1975’s upcoming album – take a deep breath – I Like It When You Sleep, For You Are So Beautiful Yet So Unaware Of It. This is the longest album title I’ve ever heard and I think only The 1975 can do such nonsense and it still will be great. The art-pop record will be released on February 26th.

The Sound is – after Love Me and UGH! – the third song of the new album, I won’t write the name again, we get to hear. And it seems that it’s gonna be happier, brighter and more pop than their debut The 1975. And I feel like I will love it.

The Sound is my happy song for you this week. Get dancing and be happy!

As you might have noticed already, there’s a lot of new albums coming out soon – happy times. What’s your favourite new music coming up? Please let me know! 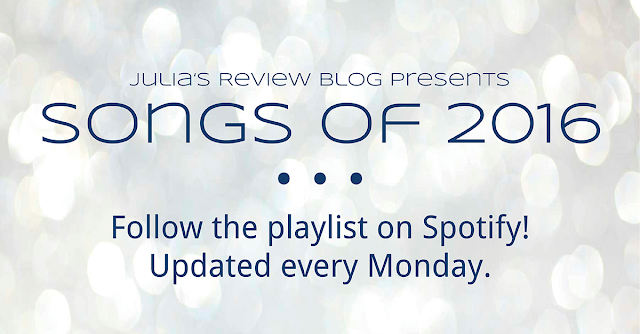