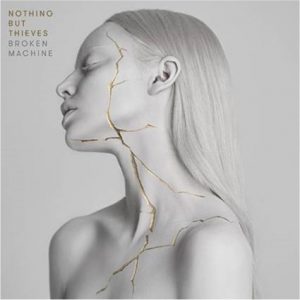 Nothing But Thieves are back. And the band has grown in the past two years since they popped up on our radios and playlists. The second album Broken Machine is released on 8th September 2017 and I had the chance to listen to it already.

The members of the modern rock band, which was founded in Southend in the UK, have put all the experiences of the past years of touring, from the struggle of being on the road all the time to the fear of having to deliver with a second album, into this new record.

Broken Machine is an album that reflects the uncertainty of life in our world at the moment. It discusses the systems of the modern world and that they are not a given. It is about religion, politics and mental health.

Musically, the band have left their comfort zone and for me this is exactly what turns this album into a piece of art.

“We live and then we die as one – yeah, we all live under the same sun”

The band’s debut album Nothing But Thieves was released two years ago and I enjoyed it a lot. And I wasn’t the only one: with over 250.000 sold copies and more than 174 million streams for the songs on it, it was a successful debut. But there was something missing.

Back then, I said that even though every song is enjoyable, the album is missing one of those outstanding tracks that make you instantly say “this one is going to be a hit” (read the review). And exactly those songs are what makes the second album Broken Machine even better than the first.

“Yeah, you gave me something – something to believe in”

The first single that was released from this record – Amsterdam – is one of these songs. It’s a big anthemic rock song, the perfect comeback that already made me very excited for more new music by Nothing But Thieves on its release day.

Another big one is Sorry, which is currently on BBC Radio 1’s B-list in the UK and playing on radio stations all over the world. The song is one of my favourites as it’s very catchy and has touching lyrics. 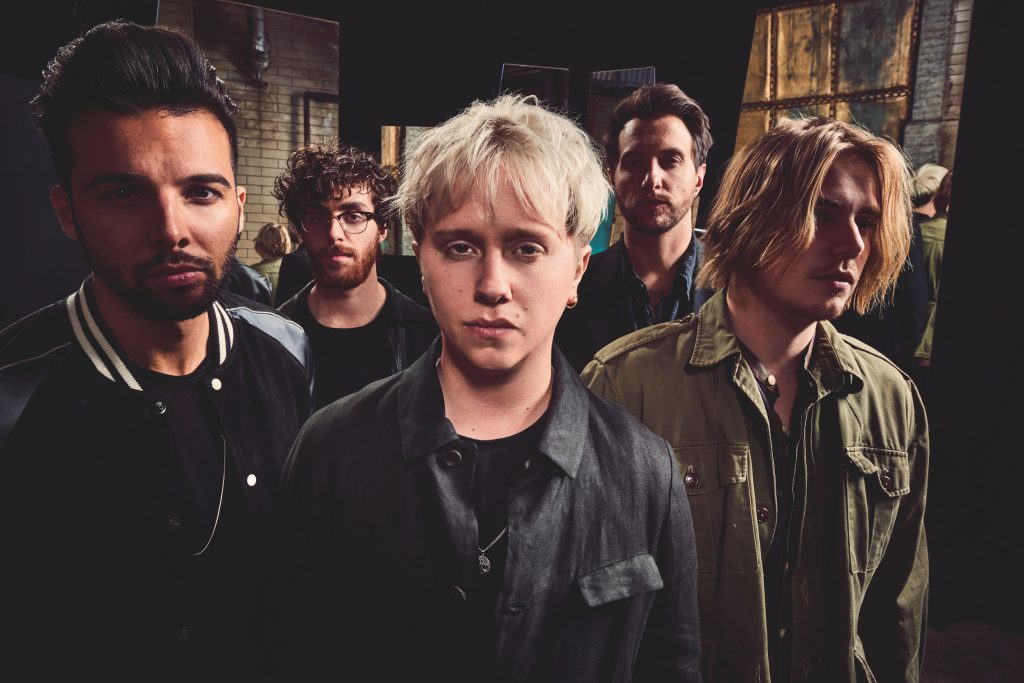 Additionally, there is more variety on this album compared to the last one. The title track Broken Machine contains some hip hop elements and sounds more experimental than others. It is not your typical easy-listening rock song, it’s very special. Nevertheless it is the one that sums up the album perfectly – musically and lyrically.

Live Like Animals sounds very different to the usual Nothing But Thieves sound as well with a bit of rap and a slightly more electronic sound.

“If I need to rearrange my particles, I will for you”

The song on this album that touched my heart though, has to be Particles. It’s one one of these rocking love songs that’s a tad psychedelic at the same time. It reminds me a little of Biffy Clyro’s epic ballads. But just a bit.

Furthermore, speaking of love songs, the last song of Broken Machine is another beautiful one. Afterlife sounds mystic and dark. It’s the perfect last track as “it’s like the end credit of a Tarantino movie“, as guitarist Joe Langridge-Brown and singer Conor Mason have said in an interview.

You can get the album in the band’s Official Store, on Amazon (UK//US//GER) and stream it on the service of your choice (Spotify//Apple Music).

And last but not least, to get you in the mood for the album, here’s a brilliant stripped version of the title track Broken Machine: