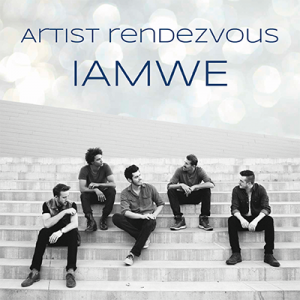 This Thursday, it is time for another Artist Rendezvous and it is about one of my favourite new discoveries: IAMWE.

Their debut EP LOVE and LOSS was released a few weeks ago and it sounds really good. The songs are super catchy and have a great vibe. It is music that is enjoyable and easy going, but also has that special extra spark. And this is the groovy sound paired with an awesome presence and philosophy.

I had the chance to ask the band some questions and get to know them a bit better. Hit play on their EP and read the interview below.

Tell me a bit about the band. How did IAMWE start off?

“The birth of the new incarnation of IAMWE was a journey meant to be. Shane, Ryan and Josh had been band members for several years prior to Nate joining the family.
When their band decided to break up with their original lead singer heading a different direction musically, the boys decided to take a hiatus.
In November of 2013, Shane saw Nate perform acoustic at a local venue and thought, “this dudes got a voice.” So he asked Nate if he would be down to grab lunch and talk about a possible music opportunity.
The two of them setup some time to chat, both realized they had the same passion for music and the desire to do something big with their passions and made the commitment to go for it.
At first is was just Shane and Nate. They spent a few months just jamming and writing. Then slowly, the other past members began to trickle in and get involved in the process. In August of 2014, they decided to make it official. IAMWE was official in business.
We spent a good year writing together, testing songs at shows and tightening up our live performance.
Finally, in the fall of 2015, we felt ready. We had found our sound, or the starting point of it’s evolution, and decided to hit the studio to record our debut EP LOVE and LOSS.”

You have released your debut EP some weeks ago. How would you describe the sound of it? How was the response so far?
“We are so excited for our EP release “LOVE and LOSS.” We’d say our sound is a beautiful blend of vulnerable, soaring pop melodies accompanied by hooky guitar riffs and hard grooving drums.
A lot of people when they listen to our songs or watch us live, compare us to Imagine Dragons, Maroon 5, and Coldplay. Nate even gets the “Your voice sounds like Bruno Mars or The Weeknd.” quite a bit.
We like to think of our music as commercial, accessible Pop/Rock.”

What is your favourite thing about being a band?
“There are so many things that make up being a band: the challenges, frustrations, the absolutely relentless hard work that goes in every single day to make this thing work and the incredible people that come alongside and make it happen. Without out our fans and friends, this dream means nothing.
But through all of the battles, one thing that we all hold dear to is our friendship and trust in one another. We really are best of friends. We love each other and have each other’s backs no matter what may be going on around us. It’s that community that helps us thrive and continue to press on.
IAMWE means together. It’s about not just one but a family of people on a mission together. We absolutely love our relationship with our fans and we believe that without them and their voice, this journey is empty.” 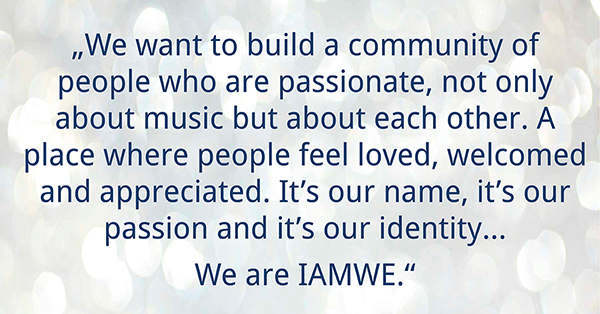 Where do you get your inspiration to write music from? And how is the songwriting process?
“Our inspiration for music comes from honest places in our lives.
Nate writes most of the lyrics and vocal melodies and digs pretty deep into his life and story for every song. But when it comes to the music, we collaborate. Each member is incredibly talented and creative. We don’t settle for the first lyric, guitar hook, melody or drum groove unless it can’t be beaten. Then we spend a lot of time rehearsing the songs and testing them to make sure they are honest to us.
For us, a song isn’t finished until we release it for our IAMWE family and the world to hear. If we are testing songs, you might hear 3 different version of the same song over a course of a few months because we realize the bridge just isn’t right or that verse lyric could be stronger or paint a more vivid image.
But at the end of the day, we are a team. We support and challenge each other with every song.”

What is coming up next for IAMWE? What is coming up next?
“Well, we are super excited to be releasing 3 more music videos for the remaining full band songs off the EP. Might even do something for the piano/vocal “I See You” as well. And will be releasing each one as a single over the next few months.
We are also already writing hard again. Planning on releasing some new singles over the next several months.
We are also booking a lot of shows; both acoustic and full band. This EP has started some incredible conversations with industry professionals and our “buzz” as they say, has begun to increase so we will see. We haven’t made any decision yet, but are excited for the incredible opportunities coming our way.” 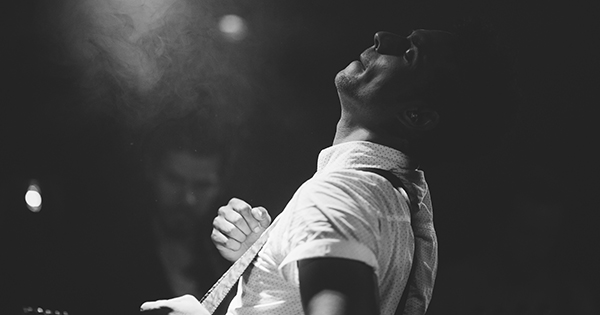 What’s your biggest dream regarding your music?
“We truly desire to work hard and become one of the biggest band in the world. We would absolutely love to be spoken of in the same sentence as Maroon5, Coldplay, Imagine Dragons, and people not even blink.
We want to write better songs, connect deeper with our fans, and have the privilege to take this as far as humanly possible. We desire to build at team of passionate and emphatic people that are willing to join us in this pursuit. This is our dream and we are willing to bust our butts to get there.”

Apart from their great music, these guys also sound like really lovely and inspiring people – hence, I am rooting for them that they’re dreams will come true.

And you can be part of it. Get their EP LOVE and LOSS from iTunes or Amazon or stream it on Spotify. Also you can find out more about IAMWE on their website, Facebook, Twitter and Instagram.