Artist Rendezvous: Some Kind Of Illness 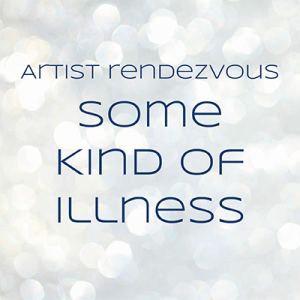 Today it’s your chance to discover a new band: Some Kind Of Illness.

They are an Indie band from the North of England consisting of the brothers Paul and Mark Hinks.

The sound of their self-titled album is ambient, relaxing and calm. Some parts remind me of meditation music whilst some others are a bit more uptempo (really just a bit) with more guitar sounds and rhythm, but still unwinding. The long instrumental parts during the songs are calming and the mystic vocals give the songs a special touch.

The album in full is a harmonious record, that feels like a book with different chapters, but one whole story to tell. It’s one to listen to when having a cosy time on the sofa or in bed with a hot chocolate (or another hot beverage).

Listening to the album I soon found a favourite in Shadow in the Maze. It’s a beautiful, elegant ballad and reminds me a little bit of Kodaline’s early songs. Have a listen below.

I also had the chance to ask Paul from the band a few questions, so that you have a chance to get to know them a bit better.

How did the band start off?
It’s just me and my brother in the band. We started the band in 1999 and went busking around Europe. It wasn’t until 2014 that we started playing proper gigs. It was pretty crazy, because most bands start off by playing in pubs but our first gig was at Night And Day Cafe in Manchester, which is one of the best music venues around.
Then we played a sold out show at Manchester Club Academy. It has been incredible really. We do everything ourselves: promote, sell tickets,… So to see all those people turn up to watch us was a very proud moment.

Where do you get the inspiration to write music from?
We are inspired by our favourite bands like The Cure, The Verve and Spiritualized, but I wouldn’t say we sound exactly like them. We just try and make beautiful music and write great lyrics.

How would you describe your debut album? What is the story behind it?
Our debut album was written and recorded in 9 days. I recorded it all by myself. It was a very dark time in my life: I’d split with my girlfriend and I was very ill and in shock. I decided to lock myself away and write something, but I didn’t really want anyone else to be involved because it was so personal. Mark understood that I needed to be alone with that album.
We do play some of the songs live now, which Mark had to learn from scratch. I love hearing what people think of that album, especially people who don’t know me or know what I went through…
It’s been described as romantic, calming and beautiful. It’s great that people take that from it and not devastation, depression and heartbreak. The thing I’m most proud of is just how it flows so well. It’s a proper album, if you know what I mean. You can listen to the whole thing without skipping. I wanted to create an atmosphere and not just have straight acoustic songs. So I used samples and loads of strange effects to blend it all together. It sounds really dreamy.

If you could choose any band to tour with, who would it be?
If we could tour with anyone, it would be Josey Marina. She’s the best songwriter I’ve ever heard. We met her at our gig at FAC251 in Manchester. Then she supported us at the Academy. She’s not just an amazing artist, she’s also a good friend and would keep me and Mark in check if we toured with her. Everyone needs to hear her music, she’s a star.

So here we go. Some Kind Of Illness have a great, unique sound, what I reckon some of you will really enjoy. If you liked Oh Wonder, who I told you about some weeks ago, you might want to add Some Kind of Illness to your musical repertoire as well. Have a listen to their album on bandcamp and visit them on Facebook or Twitter.