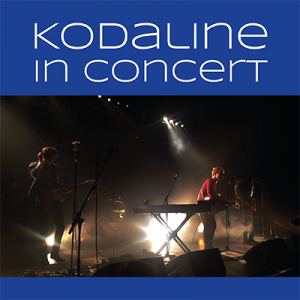 As promised in Monday’s SOTW post, I wrote a few words about the Kodaline gig in Stuttgart I have been to last Friday.

I’ve been looking forward to my first gig of 2016 for a while – especially because it also meant I would get to see one of my favourite bands again.

You probably know that I’ve seen them twice before, but this time it was the first real tour gig I’ve been to, so it was still special.

But here’s why I really loved this particular concert: I’m so happy they had Lost on their setlist, I adore this song. And the lighting was pretty epic as well. And of course I had tears in my eyes again when they played Love Will Set You Free – it’s just such a beautiful and emotional song and it happens every time…

If you have a chance to see them live somewhere near you, you should do it – I promise you will have a great night.

Last but not least, I have a video with some impressions from the gig for you – I’m sorry that the sound isn’t great… My camera is broken and it was just too loud for my phone… Hopefully you can enjoy it anyway.