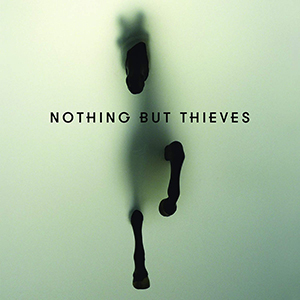 It’s a confusing blog title today, isn’t it? That’s the thing when bands do self-titled albums…

Nothing But Thieves are an English alternative rock band, who just released their debut album with the same name. And this is the record I want to tell you a bit about today.

Nothing But Thieves was released last Friday (16.10.2015) and stormed the UK charts instantly with reaching Number 4 on the chart update last Monday. Very deserved if you ask me.

The songs of the album show the musical range of the band. All of them are full of emotions, well written lyrics and a brilliant use of guitars.

Most of the songs are quite rocking and full of guitar sounds, but there’s also some calmer, slower songs. Lover, Please Stay is one of them. I don’t know why, but it reminds me a bit of Adele. This might be due to her teasing a new song a few days ago and now I am reminded of this when I hear a slow love song… Songs like this show the talent of the band and especially the singer Conor Mason, whose voice gets a chance to shine on the calmer tracks.

All in all Nothing But Thieves is a diverse record, but I’m missing those outstanding tracks some albums have and you instantly say – this one is going to be a hit. But maybe they don’t need that, I’m not sure… But I hope they’ll be successful anyway! 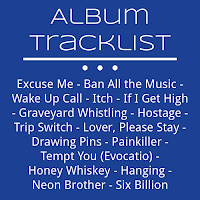 I’ve been listening to the whole album a few times now and I tried to pick three favourite songs, that show you what the band is about. So here’s my Top 3 songs you should listen to:

I hope these songs make you want more, there’s a whole album of stuff like that to listen to.

You might not have heard of these five guys from Southend-on-Sea before, especially when you’re like me not living in the UK. But if you’re a fan of Alternative Rock and emotional, calm but nevertheless guitar-heavy songs, this is a band for you. Have a listen!

You can stream the album on your favourite streaming service or buy it on Amazon here:

Let me know what you think about Nothing But Thieves in the comments. I appreciate hearing your opinions!

Inside Out [film review]