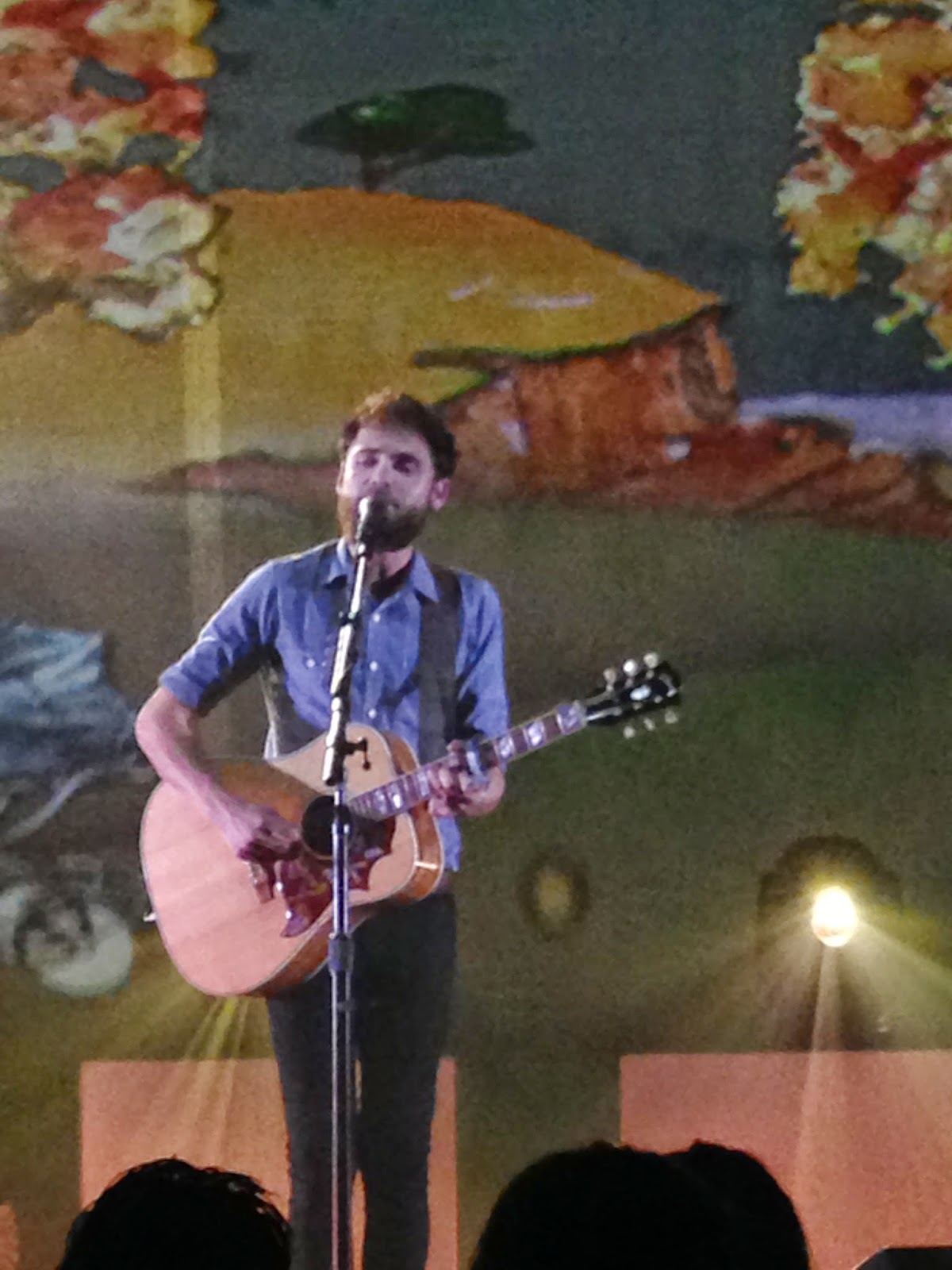 Last weekend I’ve been to Frankfurt with one of my best friends to see Passenger. When she at first asked me, if I wanted to come with her, I was a bit sceptic if I really want to. Don’t get me wrong, I really, really like Mike’s music. I just didn’t know, if his concerts were fun, because it’s such chilled out and quiet music. But I decided to give it a try.
And I wasn’t disappointed. It was a brilliant mix between his very slow and sad songs and some of the livelier song, which got the audience clapping. And he didn’t just play his new songs, but also some of his old ones.
He also sang a song (“Start a Fire”) with his support act – The Once. They were really good as well and had nice voices, even though I wasn’t too much into their music – genre-wise. A bit too folksy… But Passenger and them together sounded great, you can watch a little video of it at the end of this post. 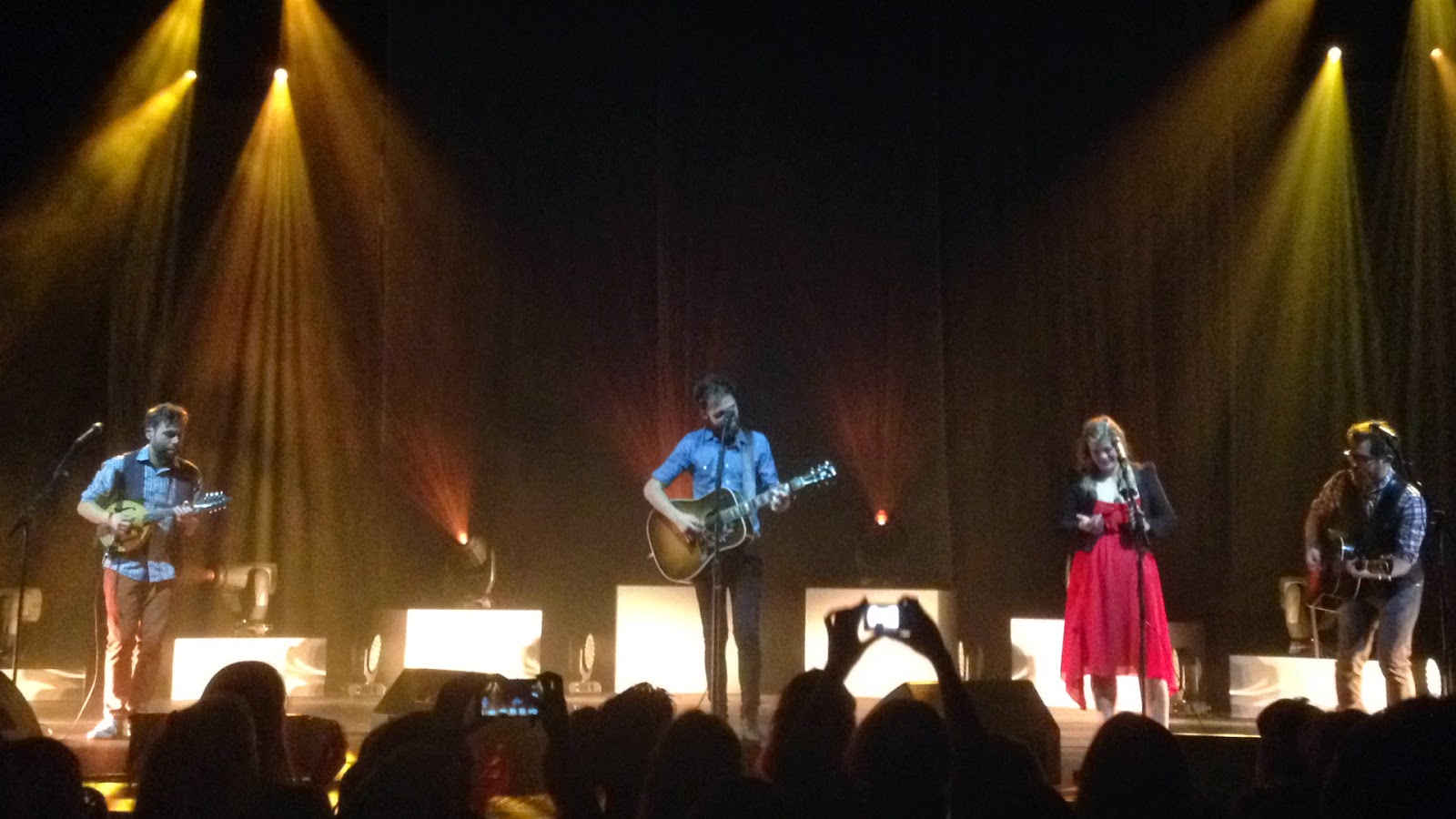 I for myself loved, that he was telling a lot of stories in between the songs, especially because most of them were funny or very interesting and moving. One of them so moving, that I nearly cried.
But I heard a few people talking about his talking and they were of the opinion, that his talking was a bit annoying, because it was too much talking and too less singing. Especially, because he was talking in the middle of songs as well. And to be honest, that really was a bit irritating. But it also made it more fun, because he joked a lot and made the audience laugh.
The singing was perfect and it was so nice to see an artist on the stage with just his guitar and himself. Musically really, really nice. In my opinion the songs sounded even better than on the album.
I’m just still fascinated how different his voice sounds when he speaks to when he’s singing. 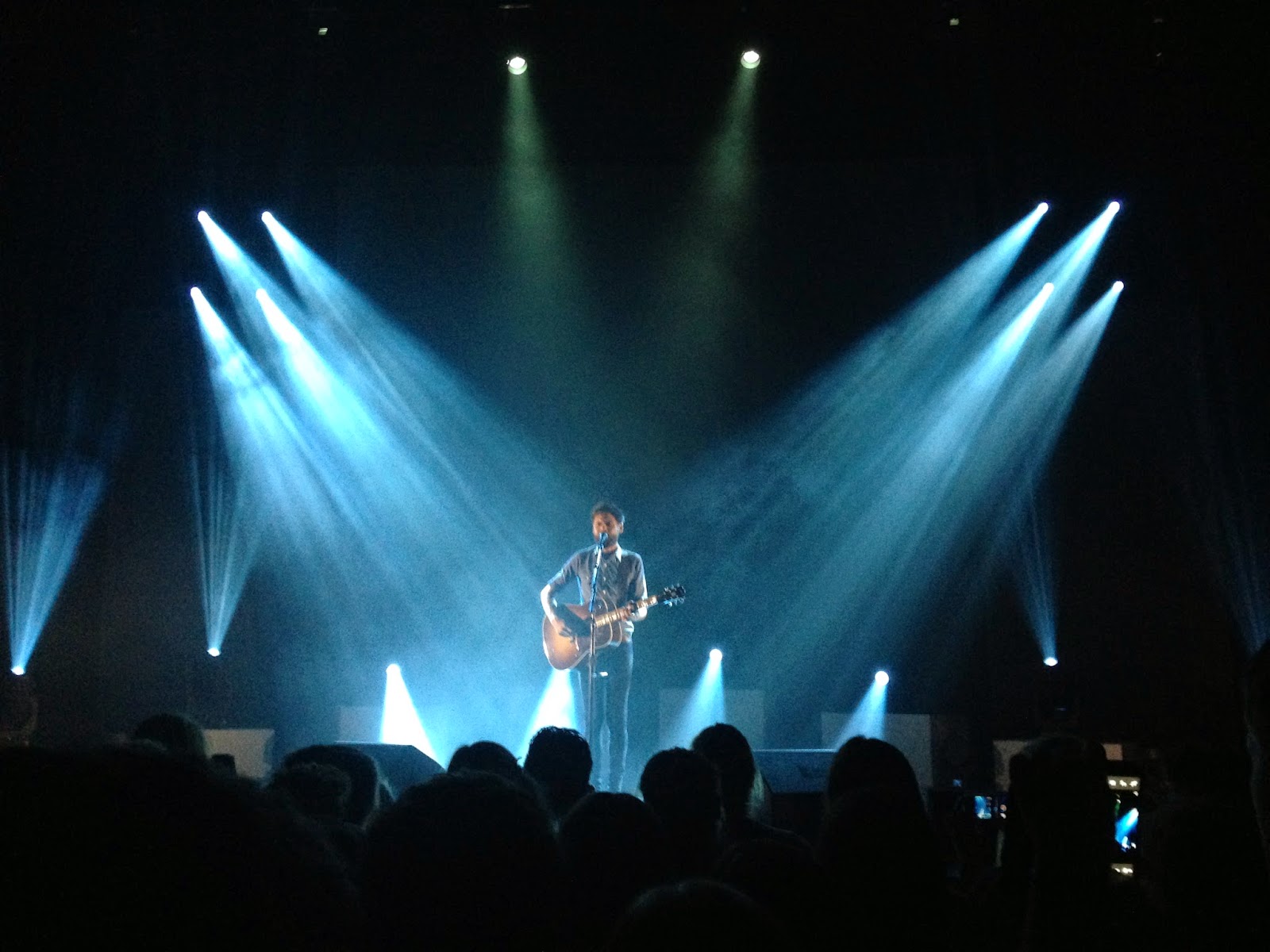 But this concert was definitely worth giving it a go – I had a great night.
And last but not least, here’s the few short videos I took that night:
Concert Reviews Music