I finally got to see The 1975 live. I had to wait a long time for that. At first I wanted to see them in February with a friend. In the running up to that concert I really got into their music.

I listened to some of their songs before, but at the point when I knew I was going to see them I started to really listen to the whole album over and over again and I kind of fell in love with it.

But then, my right foot got into the way, because I broke it and I wasn’t able to attend any concerts for half a year or so. Therefore no The 1975 for me.
And you might already anticipate how happy I was, when I heard earlier this year that they’re coming back to Germany in October. I instantly got a ticket (and a ticket for my flat mate, who came with me) and already got very excited about it.
I was looking forward to the gig all summer long and on the 11th October the day was finally there. 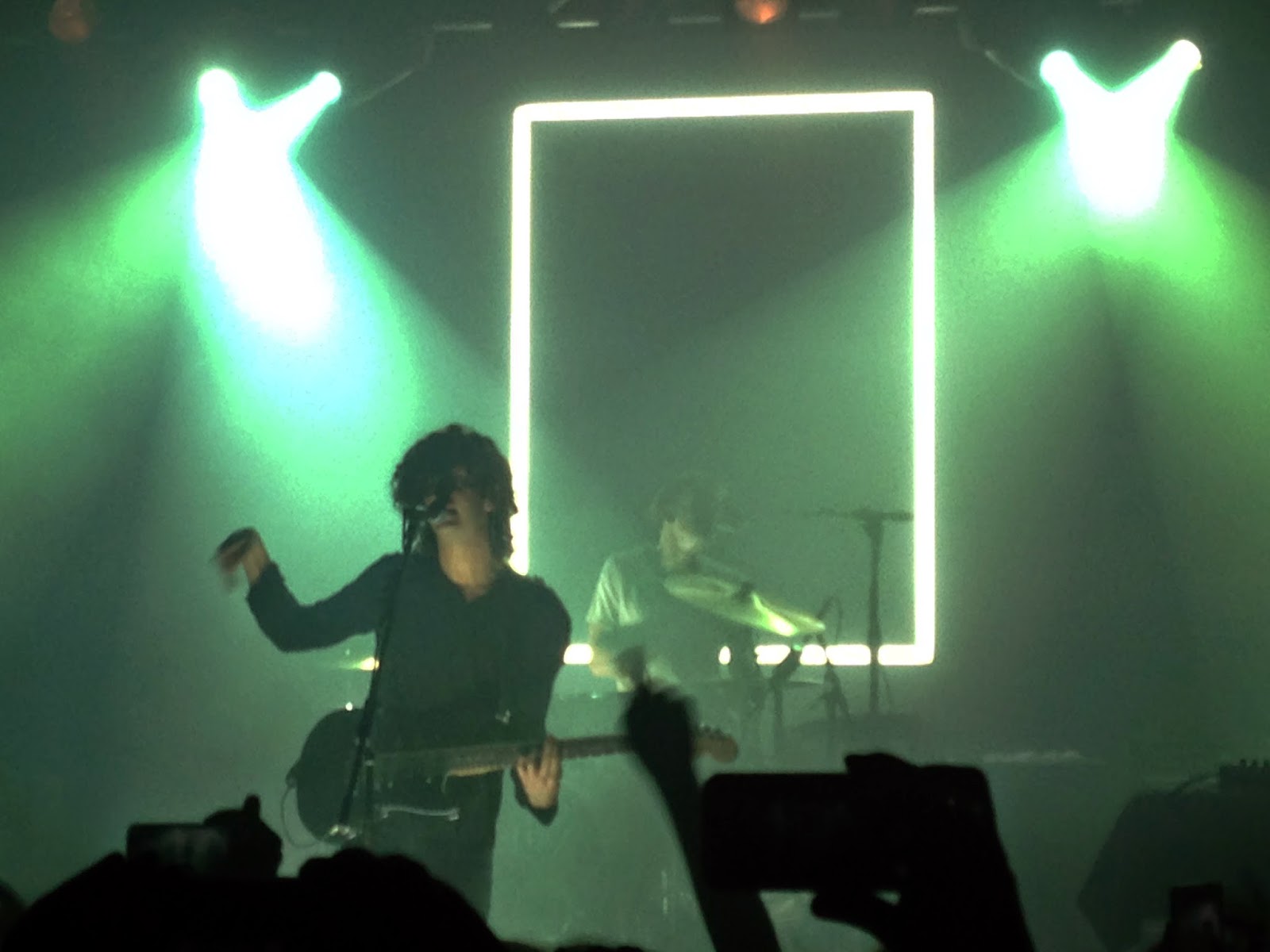 I just wish we could have been there earlier, that we wouldn’t have had to deal with those annoying guys in front of us, who pushed themselves there at the beginning of the set. Only standing in the front row could have made this concert more perfect. Well, and another support act, because these guys (they were called “Pool”) were horrible.

Apart from these things, the concert was amazing. I was happily dancing and singing along to all the songs and full of joy to finally see the guys on stage. And let me tell you, the songs sound even better and way more energetic live than they do on the record. 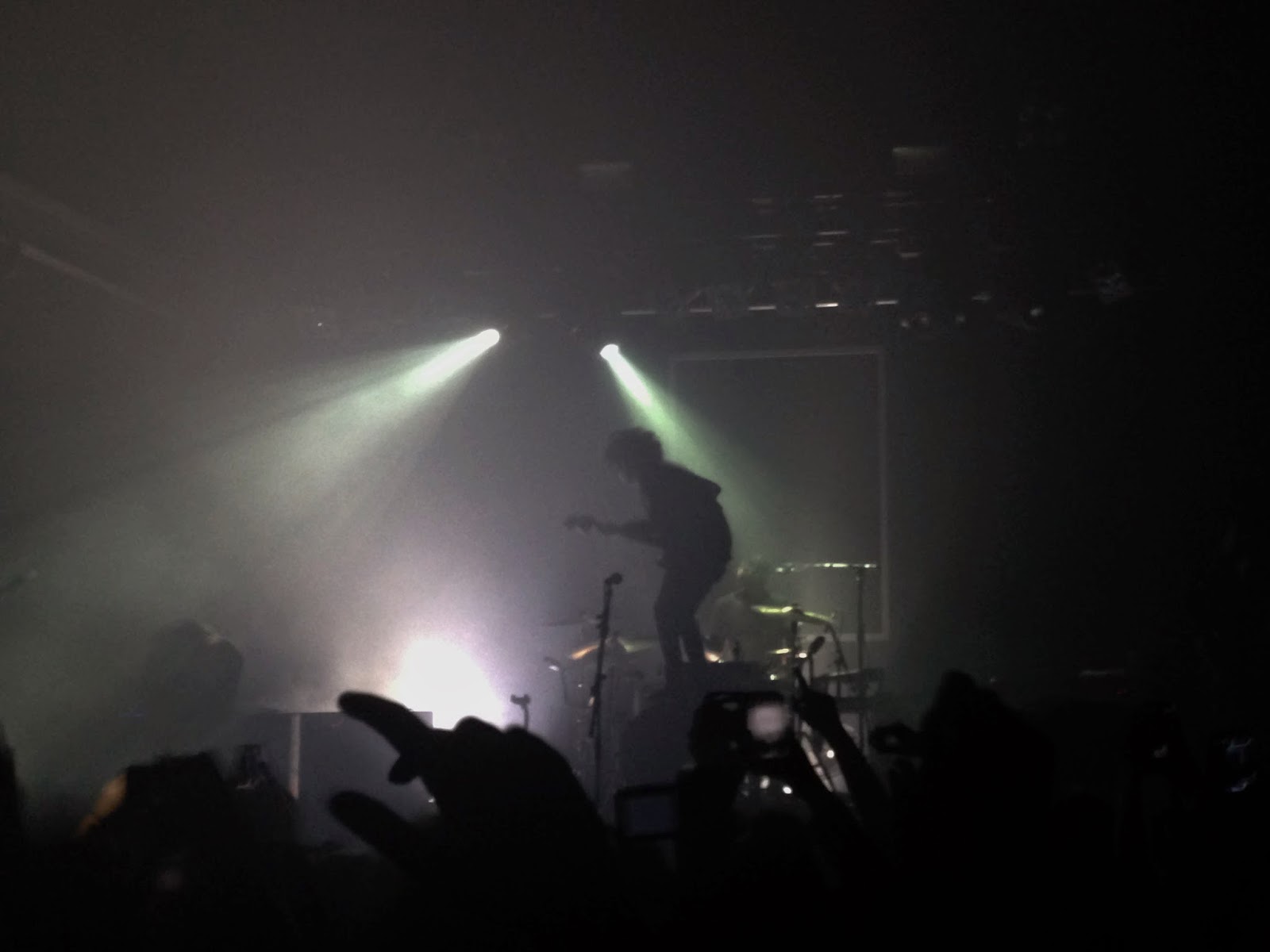 Matty, George, Adam and Ross seemed to enjoy themselves on stage and it was fun to watch and of corse listen. Even though I heard some people complain about Matty drinking and smoking on stage, but I didn’t care, they can do what they want to do, as long as they’re making great music.

I was very sad, when the concert was over and kind of wanted to do it all over again. 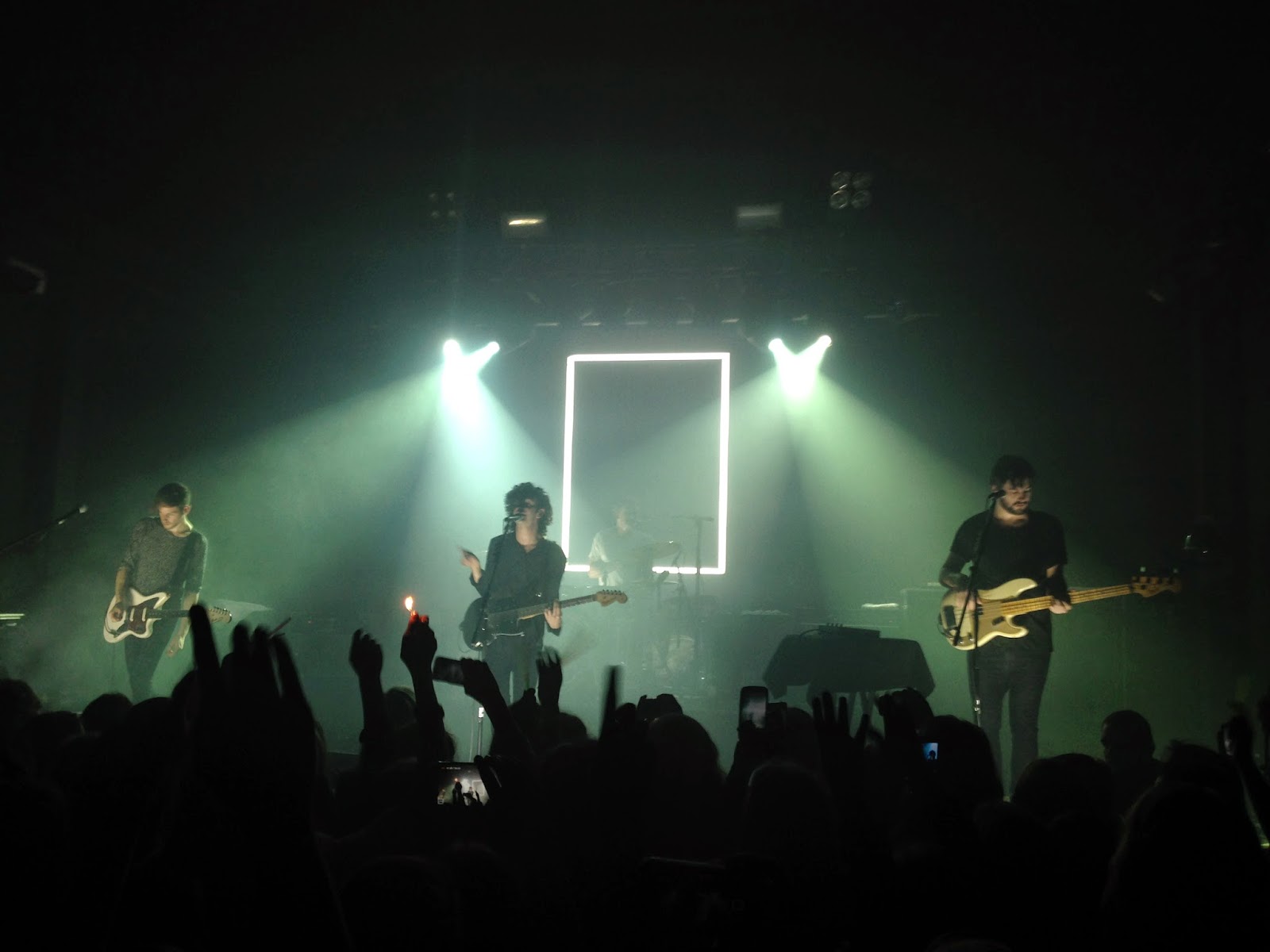 So if you like the music of The 1975, go and see them live, you’re in for a treat. And if you haven’t really heard of them yet, go and listen to their self-titled debut album, because if you’re not, you’re missing out on something or watch the videos I put up on youtube from the concert here.