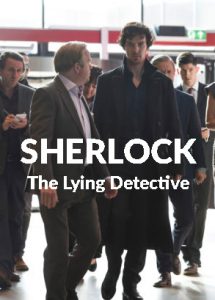 It’s the second week of the new BBC Sherlock series. The newest episode called The Lying Detective was first shown on BBC One on Sunday and made its way around the world since then. It is a magnificent piece and has many shock moments.

The Lying Detective answers some of the questions that have arisen during the past series, but it leaves the viewer with even more new ones. There are a lot of things going on, put together in a ninety-minute long piece of art.

Substantially, this is the episode in that we see our favourite detective go wild once more. He is unleashed due to the events happening in The Six Thatchers (trying to keep it spoiler-free here, hehe). And especially, it shows that he is vulnerable after all – it shows how much he cares about his few friends, well, his one real friend. With all the twists and turns, all the secrets and the confusions, there is a lot to talk about.

I tried to sum the episode up on Twitter right after watching it. It was something very special for sure and hard to put into words. See for yourselves:

The Lying Detective had a bit of everything. And I might call it my favourite Sherlock episode so far, even though I adore the other ones as well.

For starters, it is the best performance of the cast, especially Benedict Cumberbatch (Sherlock), Martin Freeman (John Watson) and also Una Stubbs (Mrs. Hudson). She was very present in this episode and so so sassy – it was adorable. I reckon 60 percent of the jokes were hers. You will catch yourself shouting “You go, Mrs Hudson” watching this episode, I promise.

And Benedict Cumberbatch, don’t get me started. If The Lying Detective was a “proper film” for the cinema, he would deserve an Oscar for it. Switching from a genius gone mad to an angry investigator, to a drug addict, to a sassy brother, to a worried friend. It’s just fascinating to watch him.

Though, I wasn’t too fond of Toby Jones as the Culverton Smith. We had better – just think of Lars Mikkelsen as Charles Augustus Magnussen in His Last Vow. But he wasn’t bad either, he was rather creepy and weird. Overall, it was a stunning performance by everyone.

No surprise, as they have been presented with a great script. Stephen Moffat has created another amazing piece. The story is so complex and intelligently staged. I reckon you will have to watch it several times to get most of the things that are happening. There are twists and turns, highs (also literally) and lows – a real rollercoaster for the viewer.

If you have not seen the episode, don’t scroll past the upcoming photograph, there will be lots of spoilers coming up. 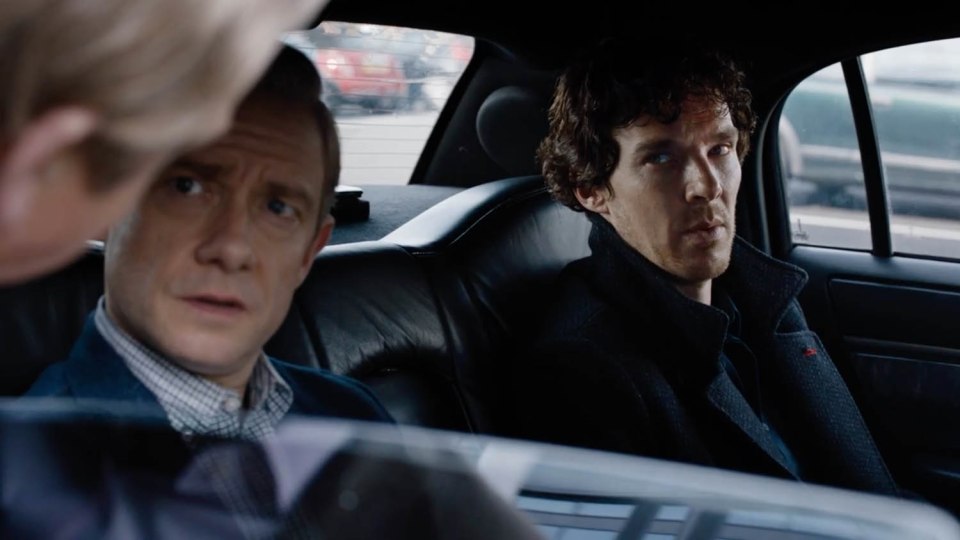 At first, it was sadness, as it becomes clear that Sherlock and John really aren’t talking and that they both struggle a lot coping with Mary’s death. Then I was upset by Sherlock drifting back into his drug addiction. Disgust about Culverton Smith and amusement on Sherlock annoying Mycroft followed. It got hilarious when Mrs Hudson got involved, put Sherlock in her car boot to get him to John and then everything turned out to be anticipated by Sherlock. My belly hurt from laughing, to be honest. Soon after, it turned and got thrilling with them trying to solve a case that seemingly doesn’t exist.

When it’s revealed why Sherlock got himself into that whole mess, it was heartwarming and very emotional. He chooses the most dangerous path, trusting in John Watson to save him. And why did he do it? Not only to catch a disgusting villain but first and foremost to save John as Mary told him to at the end of The Six Thatchers. That awkward hug near the end shows the bond the two have developed during the years and that their relationship is from now on back to “normal” after the separation due to Mary’s death.

And then, just as we thought it’s all alright. There is THAT ending. John confessing his emotional affair with E isn’t the biggest talking point, even though it’s upsetting for some. E turning out to be Eurus Holmes, Sherlock’s and Mycroft’s sister and one of Moriarty’s henchmen – that is the twist. Well, to some – myself and two of my fellow Sherlock fans on Twitter had that theory last week already, we were most of all shocked that we were right. Nevertheless, this twist was so nicely done. Eurus hiding in plain sight, texting John, spending a whole night with Sherlock in disguise (how did he not recognise his own sister?) and then dressing up as John’s therapist – brilliant!

And the last second of The Lying Detective… She can’t have shot John, can she? I need the next episode right now!