Guardians of the Galaxy [film review] 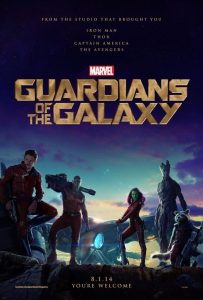 Here’s to another Oscar nominated film from this year’s list. Surely not as important as the last one I told you about (“The Imitation Game”) and you can’t compare these two films at all, but I’m happy that the makers of “Guardians Of The Galaxy” get recognised for their work. It’s nominated for “Makeup and Hairstyling” and “Visual Effects”.
I am happy to see that, because for me it is the second best Science-Fiction-Comedy I’ve seen so far. I have to say second best, because “The Hitchhiker’s Guide To The Galaxy” will forever be my favourite in this genre.

Marvel’s “Guardians Of The Galaxy” is telling the story of Peter Quill alias Star-Lord, Gamora, Rocket Racoon, Groot und Drax the Destroyer. They meet because they’re all after an artefact which is called the orb. Every one of them wants it for a different reason. They are soon to find out, that they have to form a team to save the galaxy from an evil common enemy. They’re something like the misfit Avengers if you ask me.

So if the plot is not enough, here’s five reasons why you should watch “Guardians of the Galaxy” if you fancy some fun, adventure and don’t need seriousness in a film for it to be great entertainment: 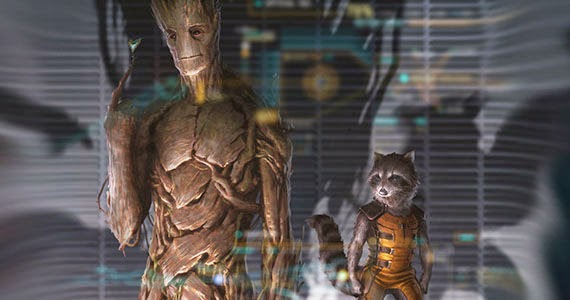 The Circle by Dave Eggers