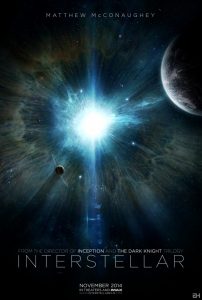 Finally I found time to write about this film, I wanted to do it for weeks. Now I finally sat down to write this post with the music of “Interstellar” in the background. I thought it’s fitting to listen to the music of the film I’m writing about, especially because it’s one of the things which makes the film wonderful. But more about that later.

I don’t know whether it makes sense to write a lot about the plot or not, thus if you want to know bout the plot read it over here on IMDb. Or maybe you know it already, because you’ve watched the film as well. I’m just going to tell you, that the film is about interstellar travel, worm holes and black holes, saving humanity and about how people’s lives are affected by it.

“Interstellar” is not just a film, it’s an experience – and it’s a mind-bending one. I’d say the film is not for everyone, because it needs a bit of thinking and it gets quite emotionally heavy in some parts, but for me it was just perfect. It got something in it for every part of me.

I personally was very touched by the personal stories of the people travelling to another Galaxy to find a new place for humanity to live. They have to leave behind their families on a moribund earth and they know that their family and friends will be a lot older when or better said if they come back and they themselves won’t be aged that much. There are a lot of emotional stories to be told and there’s a lot of things said about love. And somehow it’s so true. 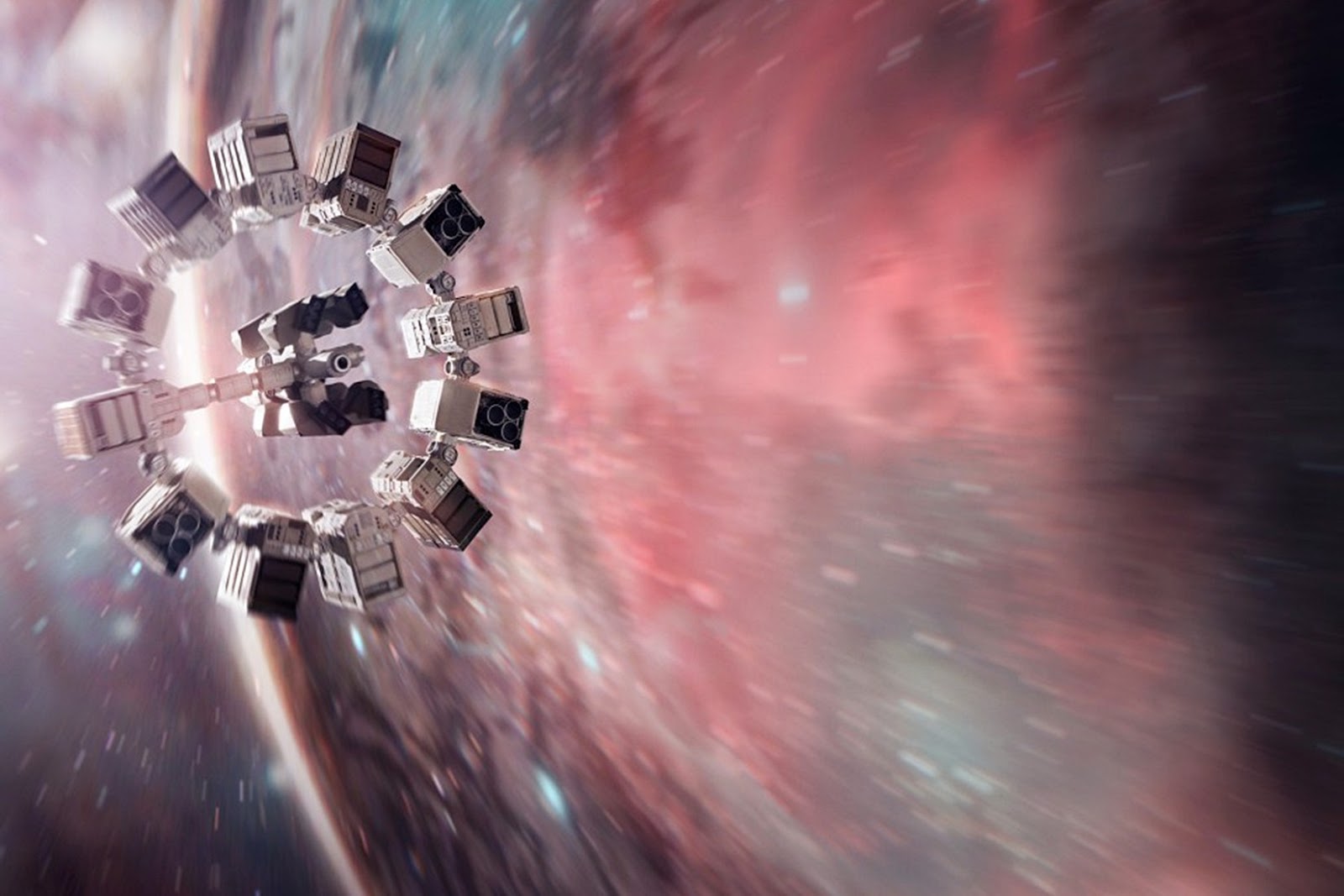 That’s leading me straight to what the film had for the physicist in me. The film is close to
being scientifically accurate unlike a lot of other Science Fiction films. They’ve actually thought about the Physics behind it, you can tell. They didn’t put just some equations on the boards at NASA, they actually were relevant to relativity. And I had to smirk, when they talked about how they can’t reconcile quantum mechanics and relativity, which is exactly the problem lots of theoretical physicists are talking about these days.
This makes the film so much better than others, because as someone who knows about the science you don’t have to laugh at it. But I reckon it makes it a bit harder to watch and to understand as well. They’re talking a lot about relativity (especially the relativity of time and therefore the ageing thing I already talked about) and about worm holes. I reckon if you don’t know at least a bit about the Physics, it might be a bit hard to get all that. But hopefully it isn’t disturbing. 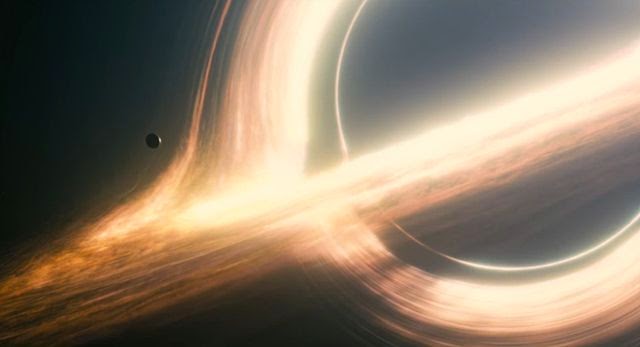 The film fan in me is impressed by the amazing set up of the film itself. The pictures are stunning (especially in the IMAX version). There is so much effort put into creating all these worlds, the Galaxies and especially this very important black hole. This black hole is simulated in a fantastic and surprisingly accurate way. It seems to spin at nearly the speed of light and it drags everything of the universe along with it. Just like it has to be (even more for the physicist…). And everything else looks great as well.
Another thing to be mentioned is definitely the music, as I already hinted in the beginning. The score by Hans Zimmer is only doing good to the film. It has that emotionality in it, that the film is meant to have. And it creates a wonderful tension throughout the whole film. I just love it. Even without the film, it’s still great Ive got to admit listening to it right now.

And just one more thing, it has to be said: The robots in this film are so hilarious and sarcastic.

So all in all, “Interstellar” is an amazing film, I’d say the best I’ve seen this year and I reckon it’s going to be a modern classic. It unites so many genres – Drama, Sci-Fi, Fantasy… – it’s great in many ways and set a new bar for films creators nowadays. I think I’m going to be watching it a few times more.

Have you seen it? What do you think about it? I’m happy to hear your opinions.

Till the next time. Love
Julia