So here we go already, it’s time for part two of my UK trip. If you haven’t read part one, just click here and catch up. After reading that, you know that after a weekend on the road I arrived in my hotel in London, where I stayed for the next five days.

I don’t want to bother you with my daily schedules again, so I will show you some photos of the highlights of my stay. It was quite hard to pick just a view, so I hope you like loads of pictures.

It was not my first visit to London, so I didn’t do all of the touristy stuff you do when you’re in London for the first time, but of course I stopped by the London Eye and Big Ben, I can’t go to London without doing that and because the light was so beautiful that evening I even took pictures again. 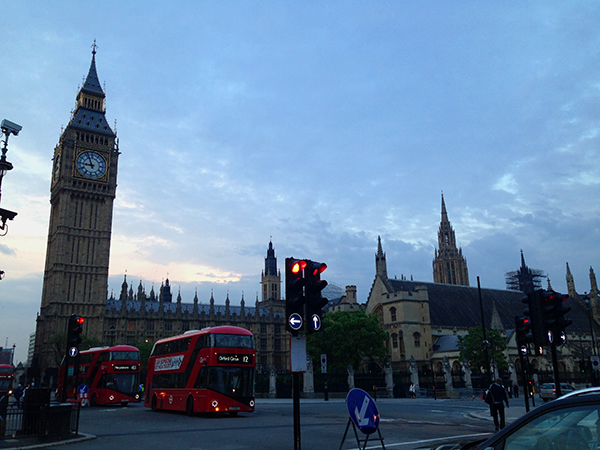 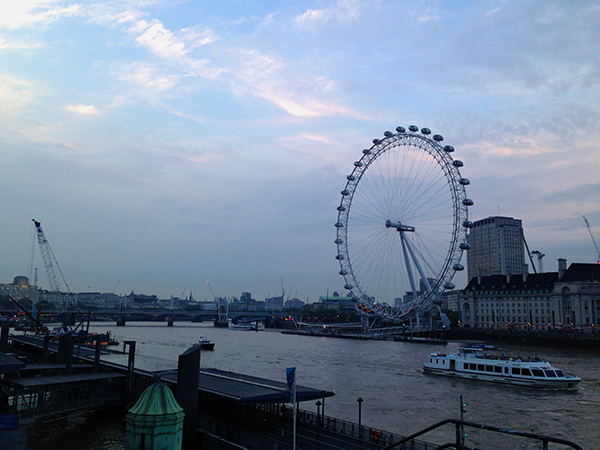 It was so nice outside that I took a long walk that evening and also crossed The Mall, that was already decorated for the Queen’s birthday parade. 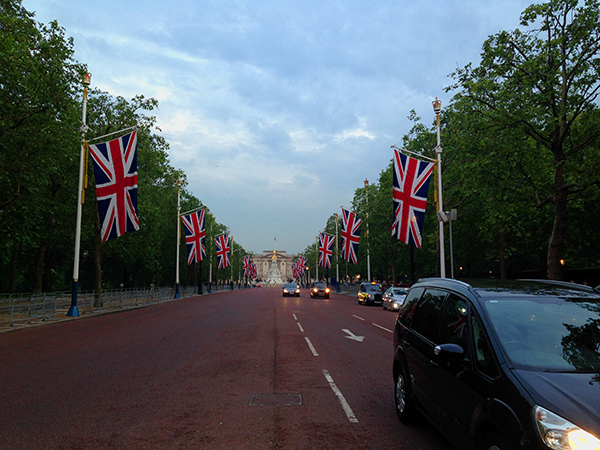 And through St. James’s Park which is always worth a visit for this view only: 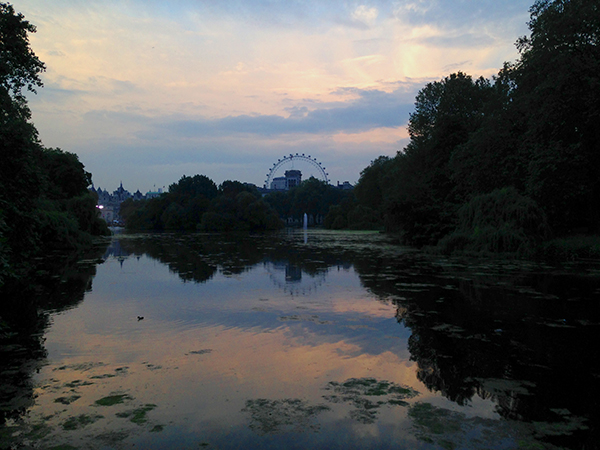 And speaking of amazing views, I think I have found my new favourite spot to overlook London and it is Greenwich Park. I went there because I wanted to see the university (which makes a fascinating appearance in Thor The Dark World) and the Royal Observatory with the prime meridian. After arriving at Greenwhich station I first walked to the pier, which looks beautiful with the Cutty Sark, a museum ship.

Then I went on to the university which is right next to the pier and very impressive. I spent quite a while walking around there and sitting in the sun on the grass in between the buildings, it’s really beautiful and until then, I didn’t know which even better view was yet to come. 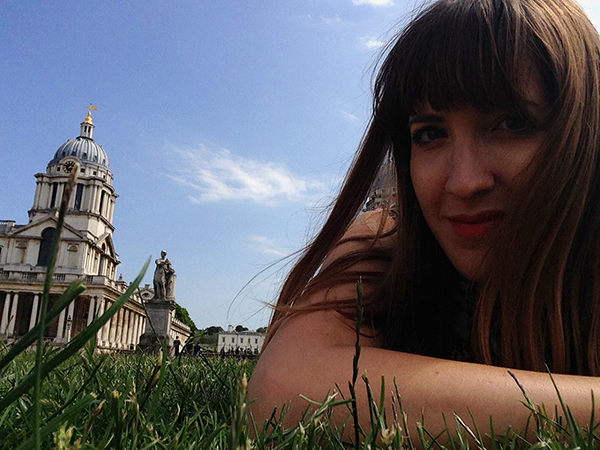 Then I finally made my way up the hill in Greenwich park and the higher I got the more amazed I was. Going through my pictures of my walk up there, you really can see that – I think I took a picture every ten meters… But just look at it, how could you not? 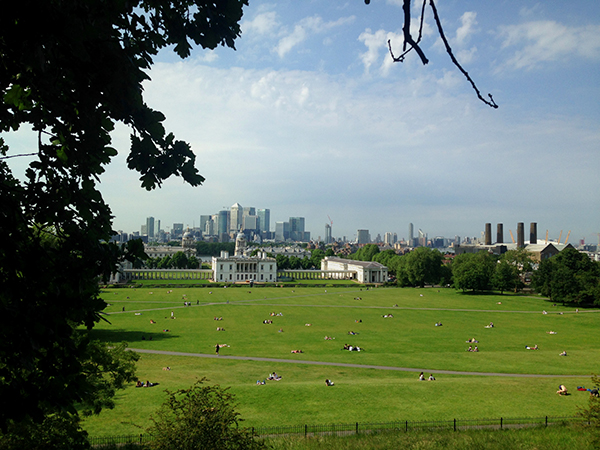 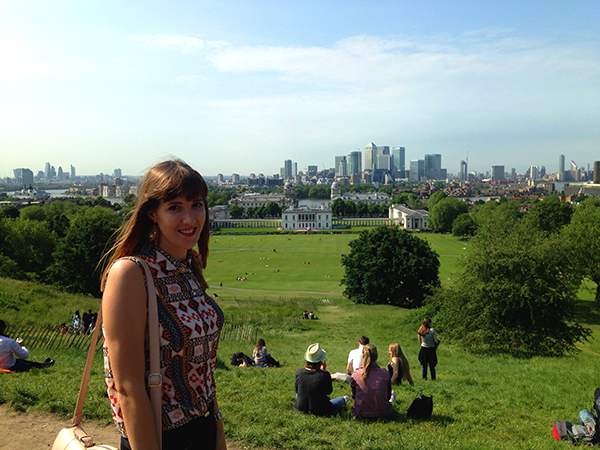 There were so many people at the observatory (including three German school classes), that I didn’t go in, I really couldn’t be bothered and the weather and view was just to nice. But at least I have seen it now. 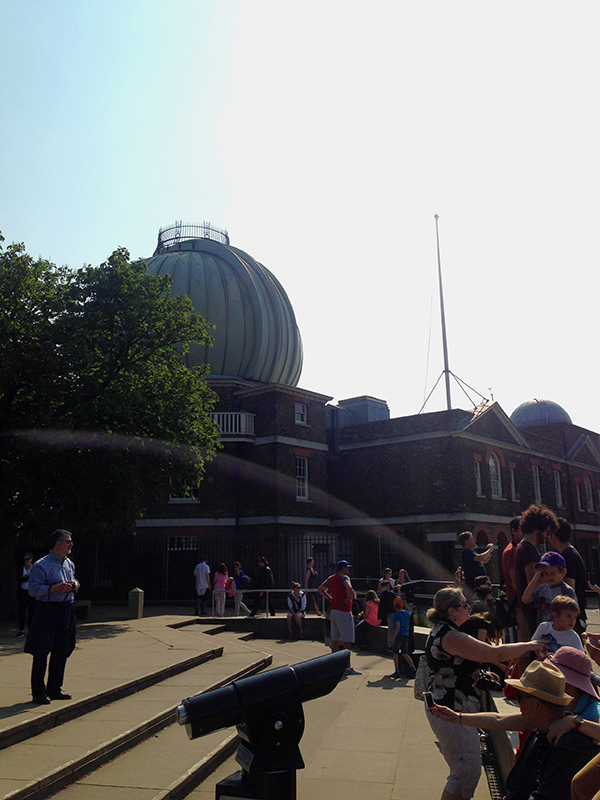 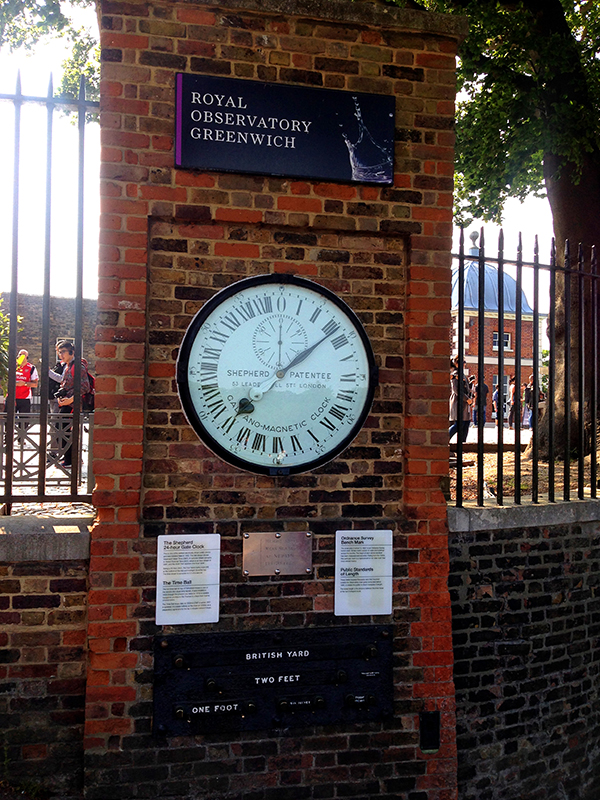 So that was the beautiful day in Greenwich – I enjoyed it so much, I hope I will be back one day.

Another highlight was finally meeting my friend Chrissi again, who I hadn’t seen for over two years. So we spent a nice morning having breakfast, walking around London and catching up. Here’s us heading up Regent’s street (also nicely decorated for the Queen’s birthday): 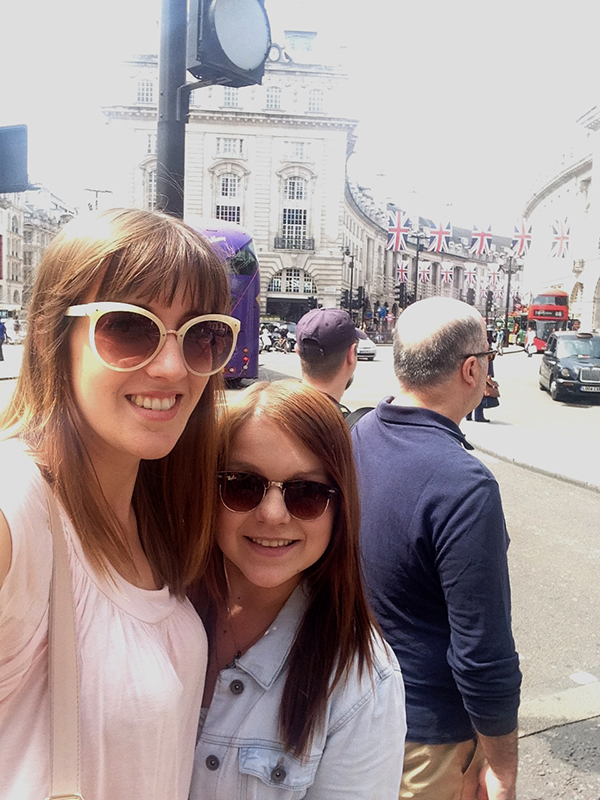 I also tried to find James Bond, but I didn’t succeed… Nonetheless it was kind of cool to see the building I only knew from films and series. 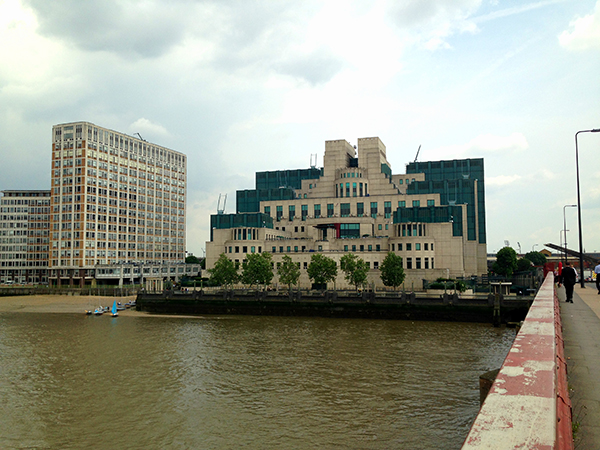 The same day, as you can probably tell by the clouds, I went to Camden Lock Market and I enjoyed it a lot. It’s such great place and I spent over an hour just walking around, looking at all the stalls and trying to decide what to eat for dinner (I had a burrito, if anyone cares). 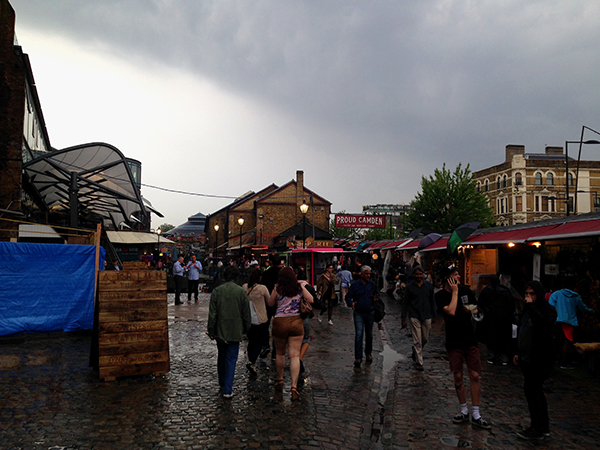 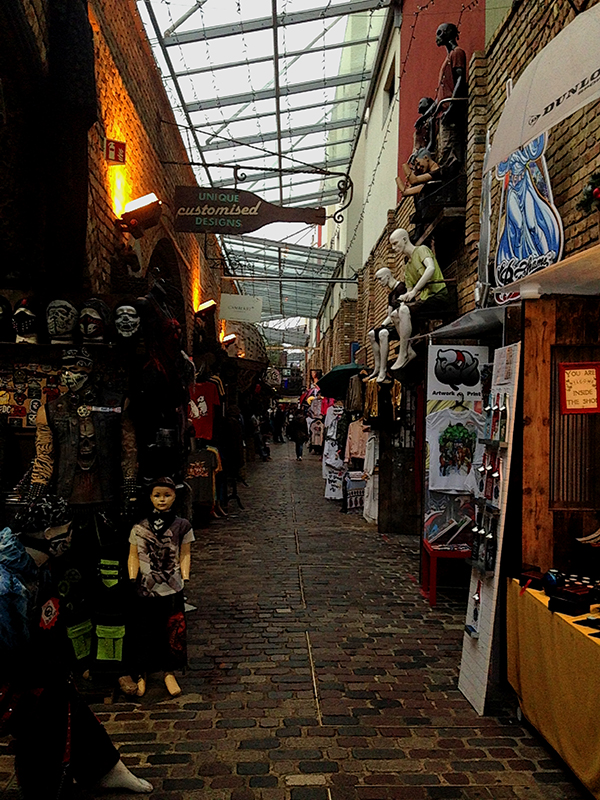 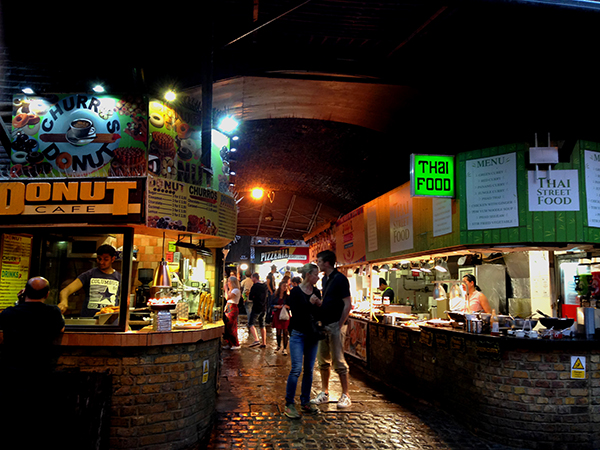 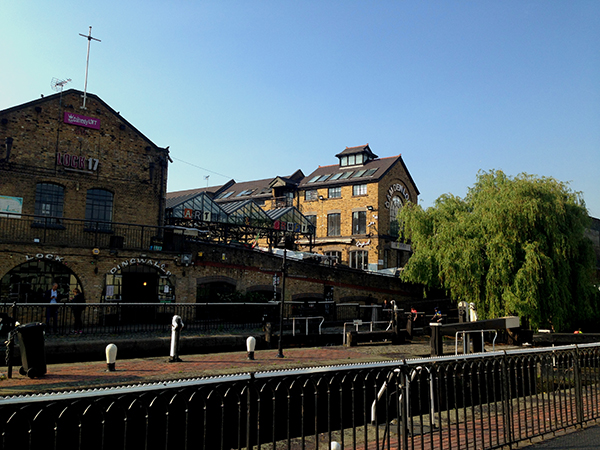 I spent so much time there, that the sky cleared up and the weather was too good to take the bus back to my hotel, so I walked from Camden Town along the Regent’s Canal through Regent’s Park to Marylebone and it was beautiful, I can only recommend Camden Town and a stroll along the canal to Regent’s park. Have a look yourself: 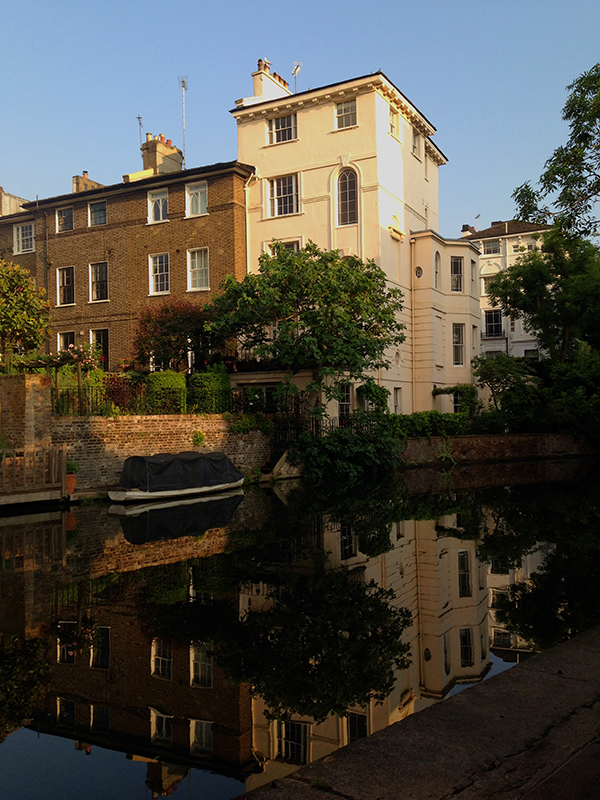 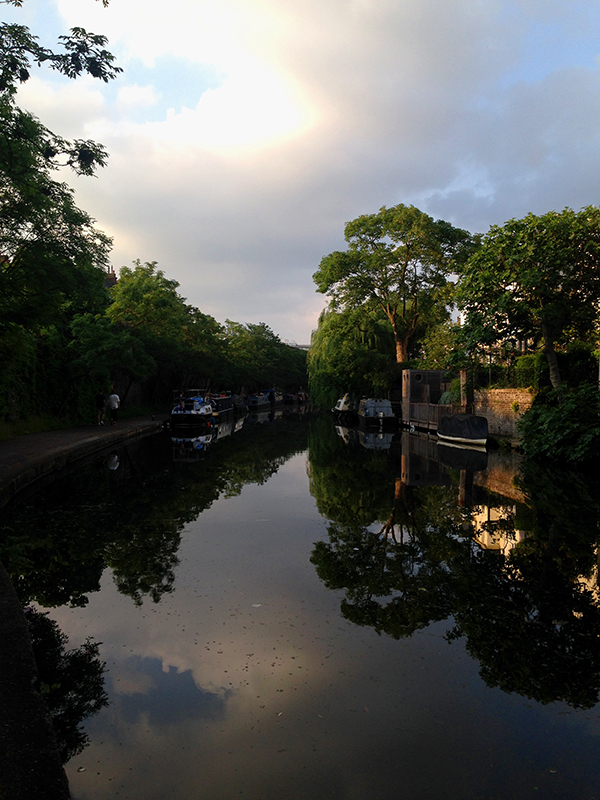 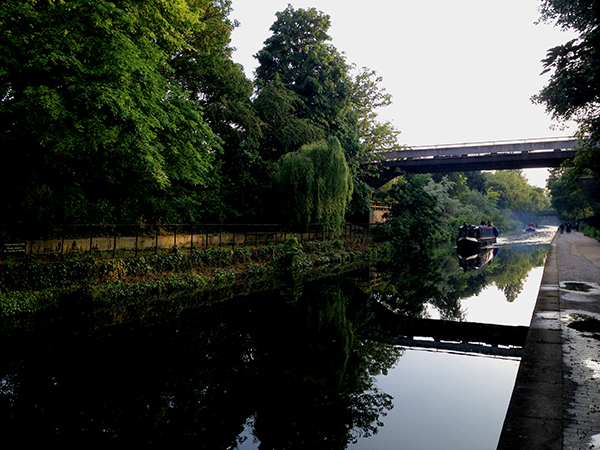 It is gorgeous, isn’t it? I think I need to find a London friend with a boat next, just to go on a boat tour on that canal (okay, maybe there is a way to just rent a boat, but having friends is always nice).

My last day in London was quite different to the others as I was invited to visit BBC Radio 1 by this one: 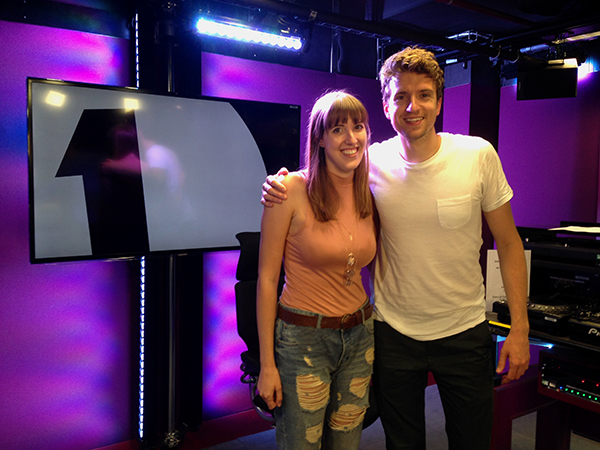 If you don’t follow me on Twitter (you can change that by clicking here) and haven’t read my posts about the podcast I am involved in (My 5 Favourite Podcasts (the last one) // The Julia from Germany theme) you might not know what this is all about. It’s a long story, but to cut it short – I’m the “show clerk” of the Greg James: That’s What He Said podcast and I visited the team to record an episode of the podcast, which was so much fun and it was so nice to finally meet Chris, who wasn’t there the last time I visited. And that moment got caught on video, I really need to practise my spontaneous question answering abilities.

And because only one video would be boring, here’s another one of me singing the theme tune to a game on the podcast.

Julia the Show Clerk from Germany visited us and sang the Cheeseball theme tune! pic.twitter.com/rD6ZNBSPGQ

I know this looks quite awkward for people not knowing what’s going on said podcast, but believe me it is weird as well as hilarious and full of the best bits of Greg’s great radio show. If you want to know what’s going on, just have a listen and I hope you will enjoy it. You can download it on the BBC Radio 1 website or on iTunes or just search for Greg James: That’s What He Said wherever you get your podcasts from.

And that was my last day in London and the UK. I had one last dinner with Maria on Primrose Hill enjoying the view over the city at dusk – it was wonderful as was my whole trip. I hope you enjoyed reading about it and looking at the pictures. And I will leave you with that last great view I had that night. Speak to you all soon. 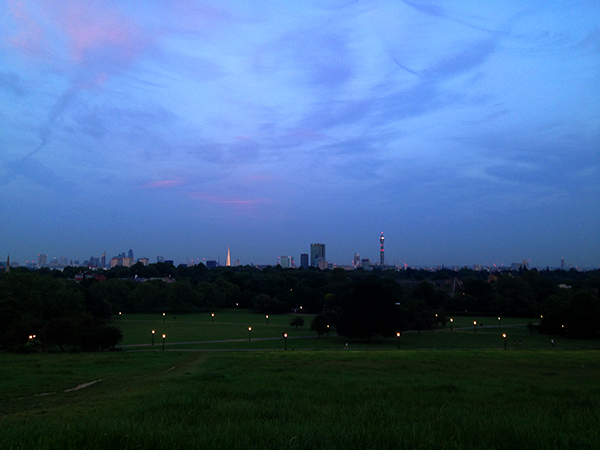