A Moment Of Madness // Izzy Bizu 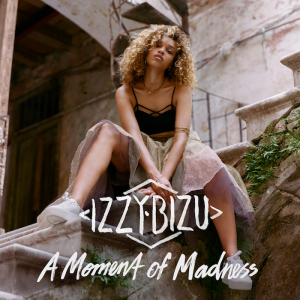 The wonderful singer-songwriter Izzy Bizu will release her debut album A Moment Of Madness tomorrow (2nd September 2016). It is a very well perfected and enchanting record. And perfectly timed for these sunny late summer days.

The sporty and stylish 21-year-old Londoner started singing at boarding school. A teacher overheard her singing in her bedroom and let her sing in a performance of Amazing Grace.

When she was seventeen, she became part of a band, that she founded together with two friends. Her solo career started off by chance at an open mic night, that she won.

Tours with Sam Smith, Jamie Cullum, Rudimental and Foxes followed the release of her debut EP Coolbeanz, which already featured a version of White Tiger, the song you probably all know already.

A little while later, her single White Tiger is one of the summer hits of 2016 and Izzy Bizu is releasing her first full-length album.

She has worked together with some prestigious producers and her best friend and guitarist Mika on the record. The result is a solid debut album.

“You are a diamond in the rough”

This is the first line that will stick with you on the album. But Izzy Bizu isn’t a rough diamond anymore, she’s already a quite shiny one.

Diamond is the first song on the album and has a very relaxed, beautiful sound. There are great strings, jazzy vocals and parts of the songs sound nearly improvised. It’s a very lovely start and it gives an impression of what the listener is going to face for the next hour.

With White Tiger it gets a little fancier. More rhythm, a song that makes you clap. It’s jazzy, dance-able, fun and it makes you instantly realise how beautiful Izzy Bizu’s voice is. According to Izzy Bizu herself White Tiger was one of the risky songs. Now it is one of the highlights of the album.

Other songs that stick out for me are Glorious and Someone That Loves You. The latter is a collaboration with electronic soul duo HONNE. It’s only available on the deluxe version and I love it.

For me, it is a bit too sleek, too polished and the songs are too similar. Moreover, the lyrics are lacking a little depth. They are stereotypes of phrases used to describe perfect relationships and lack the madness that’s promised within the title.

Nevertheless, A Moment Of Madness is a joy to listen to. This is due to the soulful vocals and the flow of the album. All in all, it is a good diversion and perfect for a little bit of chilling in the sun.

You can buy the album on Amazon or iTunes. Additionally, you can stream the album on Spotify or Apple Music. You can find Izzy Bizu on Social Media here: Facebook // Twitter // Instagram