I‘m certain – I have chosen the right band to be my favourite! Since late 2012 I‘m following the journey of Bastille and I am so so proud of them. Why am I telling you this now? Last Monday I went to see them play live in Munich on their second last date of their Wild, Wild World Tour. And it was simply amazing! I enjoyed every second of it – well, maybe not the one, when I realised it will be over soon. But for the other 5999 seconds I had so much fun.

I went to some of their gigs before, hence I already knew, that Bastille are a brilliant live band. The songs sound different but at least equally as good as the recorded versions, if not better. The people around me didn‘t know, it was their first Bastille concert. And it made me incredibly happy, that the band had won their hearts after the first song already. It‘s good to see them get the attention and love they deserve. Also, it was good to finally see them again at all, as the last time was already two years ago. I was looking forward to this a lot, especially as I love the new album so much. I raved about the awesome songwriting before, remember? No? Here’s the post. But read on first. 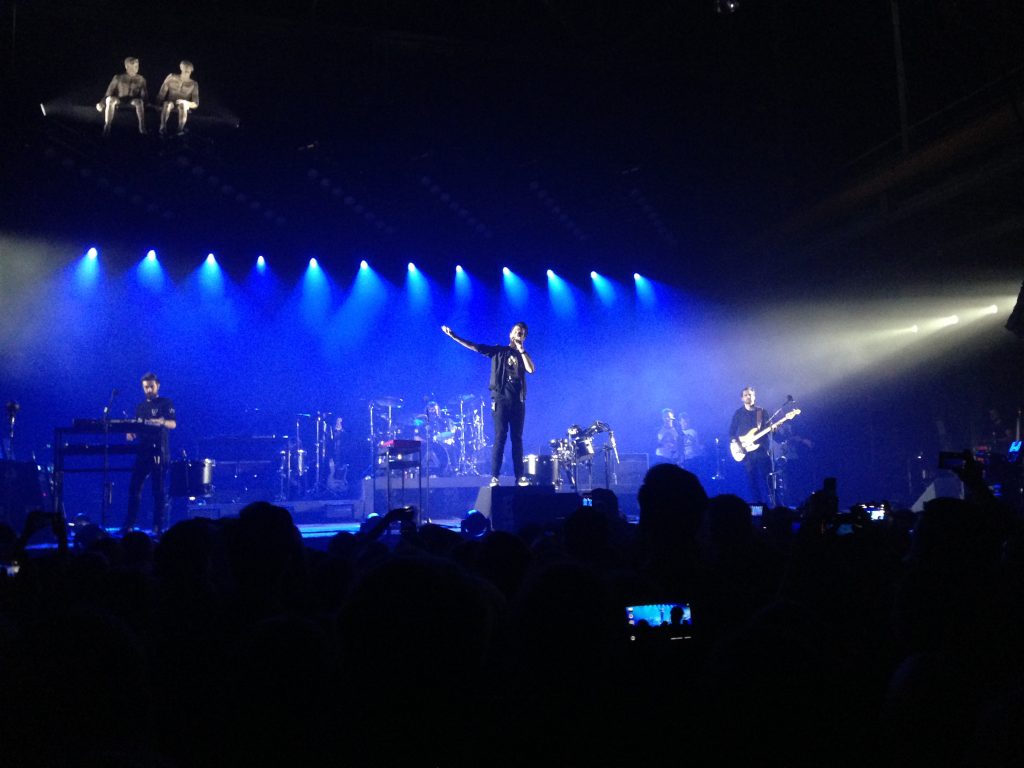 To be honest, it felt strange not to stand in the front row as I did the last times and at first I was a bit sad about it, but it just wasn‘t possible to make it there this early on Monday. However, the band around singer and songwriter Dan Smith filled the whole room with their powerful music, so I was soon alright standing a bit further away from the stage.

Another thing that was different this time to the ones I attended before, was the production of the gig. I‘ve only seen them at shows with little to no set decoration before and now they had big screens, that showed great, beautiful and also weird video footage. You might be able to imagine what it looked like, if you have seen some of their music videos. If you haven‘t yet, do it – at least if you‘re a fan of very odd arty things like me. Click here for a handy YouTube list. 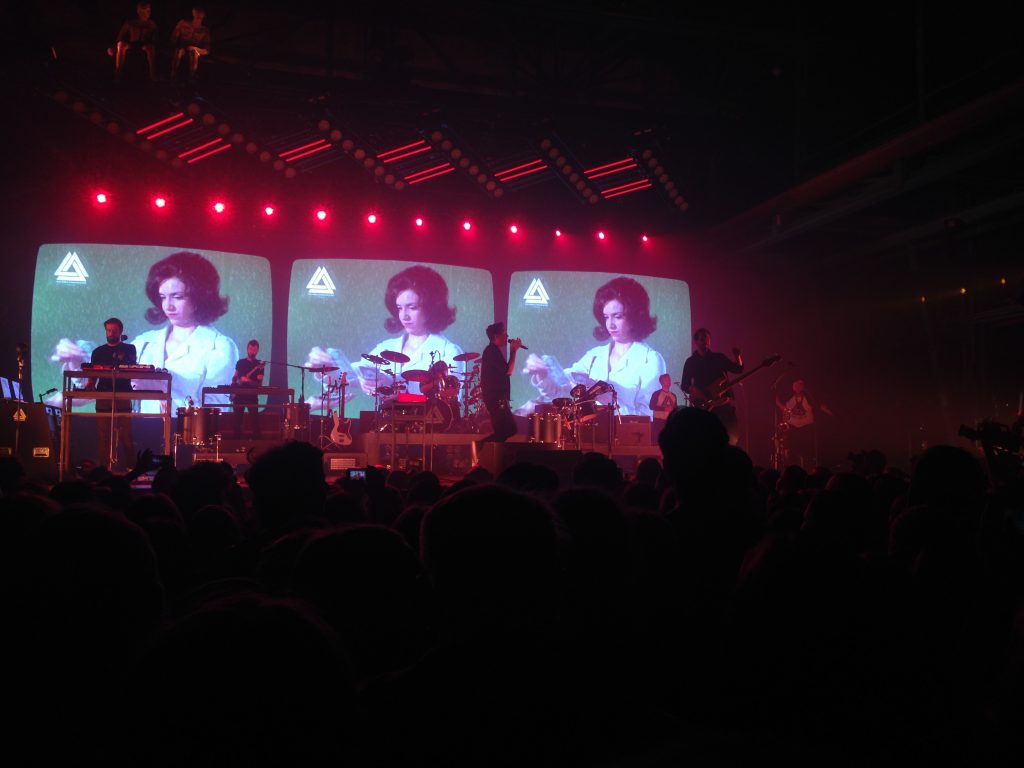 But enough about the production and my personal issues – let’s talk about the performance. The setlist included songs from both albums, Bad Blood and Wild World. Oh, and Blame from All This Bad Blood of course. If you ask me, they have picked a great combination of old and new tracks. The only song I missed in the set was Winter Of Our Youth. If I had to pick a favourite song from Wild World, this would be it and I would have loved to hear it live. Apart from that, I loved the song choices. Thinking about it, what could have gone wrong? Every song of them is something special.

If you want to relive the concert or hear what their setlist sounded like, here you can. I’ve put together all the songs from the setlist into one Spotify playlist. And if you want a quick impression of the whole show, watch my Snapchat story of the night below.

It’s not particularly Dan‘s favourite thing to engage with the audience, but he always manages so well nevertheless. Of course got down into the crowd for Flaws – everyone who ever attended a Bastille gig before knows about that. Additionally, he stood in the middle of the venue at the FOH sound desk to get everyone involved in the jumping to Of The Night. And of course he had to climb something again and performed Two Evils on a light rack. That performance was incredible by the way. How he can go from high and sensitive to very low and emotional with his voice is stunning. It is generally impressive and you notice this even more when you see him perform life. The power, the range and the feelings Dan can transport with his voice is incredible.

I know I‘m talking a lot about Dan, but I‘m just so fascinated by his voice everytime I hear it (and his songwriting talent, but that’s another story). The rest of the band are amazing as well though. I sometimes just enjoy watching Kyle looking as if he‘s in some kind of trance. Or Will, who‘s somehow always appearing to search for someone in the crowd. And Woody is the one who‘s always entertaining the crowd. He’s often getting everyone to clap or wave or whatever is the appropriate move when he‘s not drumming at the moment. And they’re all good singers as well, especially Kyle, who sings lots of the background vocals. 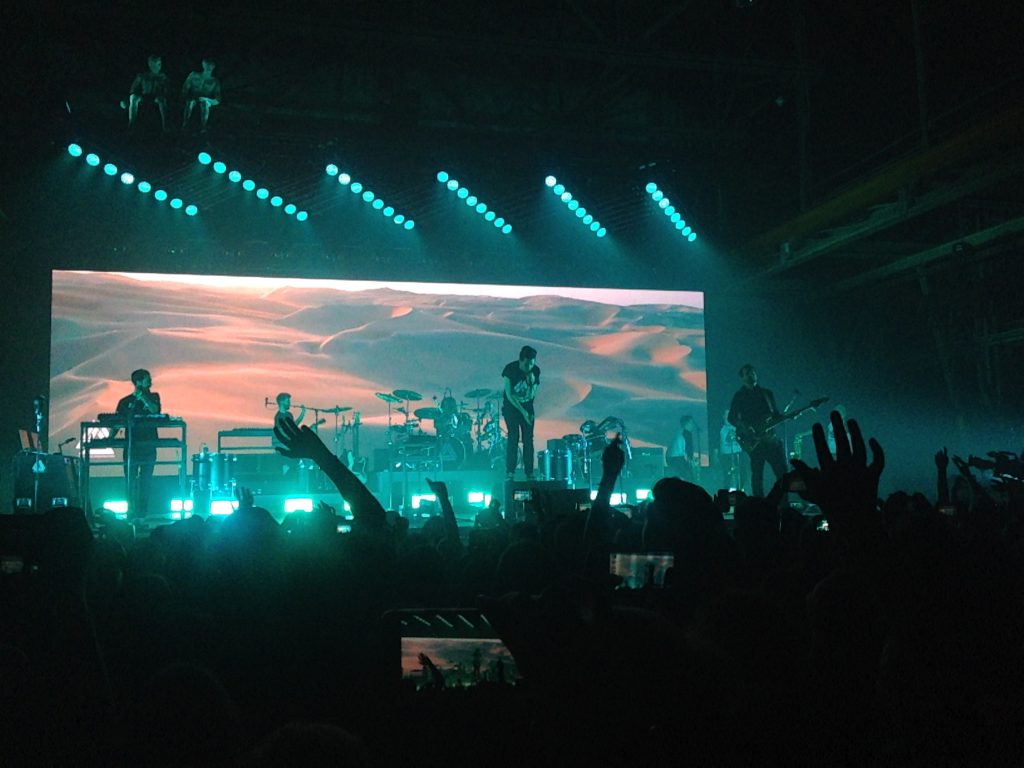 Besides, due to the bigger production there’s also three brass players with them and Charlie Barnes, who is kind of the fifth member of the band now and fits in very well. Speaking of Charlie: One of my favourite non-music related things was Woody throwing about five drum sticks at Charlie after he lost his and didn‘t manage to catch the first single one thrown. Also Kyle thinking someone booed and Dan getting lost on his way back to stage after Of The Night.

As you can see it was a very eventful night and I wish I could do it all over again. All in all, the other 5.498, my friend Marta and myself, had the best time – jumping around, singing our hearts out and enjoying the show. The atmosphere was great! So all that’s left to say is, if you ever get the chance to go to a concert of Bastille, go! It’s so worth it and you won’t be disappointed, believe me.

Or have you seen them already? How was it? Let me know in the comments below. I’m looking forward to hearing from you. 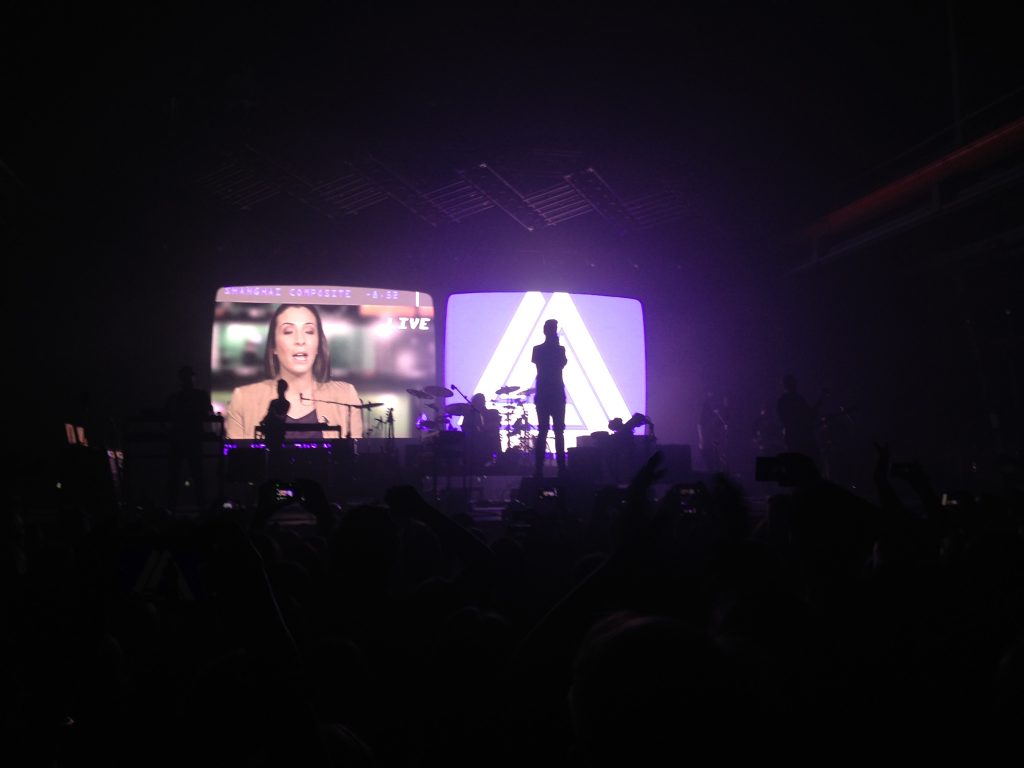