Nearly a week ago this beauty of an album called Feline came out. I anticipated this day for a long time – I actually preordered my physical copy in November last year, when there wasn’t even a name for the record.

You might have heard of a track called Waiting All Night by Rudimental. When I heard that I fell in love with her voice. And when I downloaded her debut EP Deeper in 2013 I was even more stunned. And then I forgot a bit about her.

Until that utterly brilliant performance with Rudimental and my favourite band Bastille at the BRIT Awards 2014. I remember that this was the point where I realised that she’s the Ella on a song named No Angels on Bastille’s second mixtape Other People’s Heartache, Pt. 2 which I apparently listened to a lot (as I said: huuuuge Bastille fan…).
Adding up to her voice are her excellent song writing abilities. She’s not just writing her own songs. She’s also wrote Changing for Sigma and Paloma Faith and she wrote Black Smoke which was the German song for this year’s Eurovision Song Contest. And whilst I’m talking about it: This song didn’t deserve to end up with no points at all, did it?

Enough said about the reasons why I was following her and anticipated all new music by her. You can certainly tell how excited I was about the release day last Friday. And I’ve listened to the album at least ten times now and I love it! 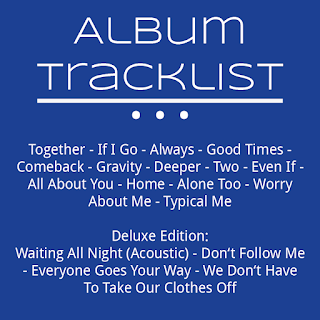 It’s a great mixture of up-tempo, happy songs like Good Times and Together and ballads such as Even If and We Don’t Have To Take Our Clothes Off (that one is only featured on the deluxe version) that touch your heart both musically and lyrically. And some other songs are quite angry, I love that. I’m talking about Typical Me and Comeback here. They are angry but cool, aren’t they? By the way, there’s a nice acoustic version of Waiting All Night on previously mentioned deluxe edition as well. So it’s worth it. Another song I want to point out is Deeper, which seems to come to my mind every now and then ever since I downloaded the EP two years ago and I’m happy it also made it onto Ella’s debut album.

All the tracks of Feline show the power and beauty of Ella’s voice, which includes this very unique tone and the wide range. As I said – I fell in love with her voice and talent some time ago and this record just proved me right.

Have I said enough to make you listen to it? I hope so! Tell me what you think of it in the comments, I’d love to hear from you 🙂

The Girl on the Train by Paula Hawkins