It’s the first weekend of August, there’s hopefully some more beautiful summer days ahead of us and therefore it seems to be the right time for a musical July roundup.

So here’s my Top 3 albums that have been released this July. You can listen to them on Spotify if you click the links on the titles. Here we go: 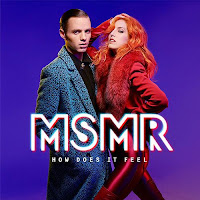 I kind of had forgotten about these two until I was researching July album releases. I listened to their first album “Secondhand Rapture” a few times when it came out back in the days, but it wasn’t one of my favourites. And then I listened to the new one “How Does It Feel” yesterday and had it on repeat ever since, therefore it had to make the list.

I seem to love relaxing music this summer. It’s a good soundtrack for chilling in the sun with a fruity cocktail or a drive through the countryside in a convertible.

It’s full of glamorous Disco songs. The beats by Max Hershenow and the vocals by Lizzy Plapinger complement each other beautifully. The lyrics are meaningful, ask a lot of questions about life. There’s a lot of thought made into catchy music, that’s why it’s my number 3. 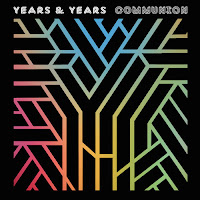 My number 2 is “Communion” by the Londoner newcomers Years & Years. It’s a fresh, outstanding summer record. Perfect for beach party or just having a picknick. The music is something inbetween synth-pop and soft electronic dance music, but full with emotions.

The guys have a huge amount of skills and Olly, the singer, has an amazing voice. The only thing which keeps the album from being my number one is that I’ve got the feeling they haven’t found they’re sound yet. I like that there’s different kinds of songs and that they’re experimenting, but it sounds a bit like they’re searching for something they haven’t found yet. But it’s still great, some songs like “King”, “Shine” and “Desire” have been stuck in my head for days! It’s definitely worth listening to.

When the album came out I wanted to write a review about just it, but I couldn’t find the time to do it. Nevertheless I don’t want to withhold my notes about all the songs from you, so I took a picture: 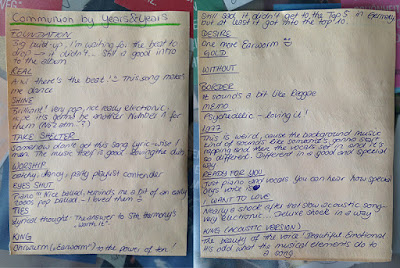 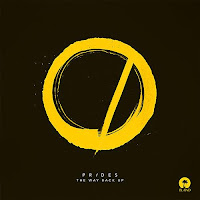 And here’s my favourite record that came out this July. It’s called “The Way Back Up” and is by a band from Glasgow called Prides.

The sound of the three Scottish guys reminds me of a crossover of HAIM and Imagine Dragons with a very own signature sound added. That already came to my mind when I heard the first songs of them last year when they released their EP “The Seeds You Sow”. And as I really like HAIM and am a fan of Imagine Dragons, that’s absolutely my jam. I was excited to hear more music from them and was anticipating the album release.

And now the album is exactly what I expected. I’m happy now. It’s a record I’m fond of and it’s a big one. If you haven’t heard anything of them yet, do it now!

You can hear that the band experimented with their sound on every single song and that they didn’t fear to try something different, regardless every one is still them in some way. They’ve got a trademark that you recognise when hearing the songs. Just like it should be.
The record is also a good mix between energetic power songs like “I Should Know You Better” or “Messiah” and beautiful emotional ballads like “Same Mistakes”.

Therefore it’s a beautiful and versatile debut album by a band which hopefully is going to be quite successful one day.
Alright that’s my Top 3 new records of July 2015. What are yours? Or what is your favourite album right now? It hasn’t got to be from July. You can tell me in the comments. I’m eager to get to know your favourite music.

And to end this post I’ll drop a few more album titles you should keep in mind:

The one I was very excited about but didn’t make the list:
Currents by Tame Impala (It sadly wasn’t as good as I expected it to be, but Tame Impalas music is still worth a listen.)

Do you have anything coming up you’re excited about? Tell me in the comments!